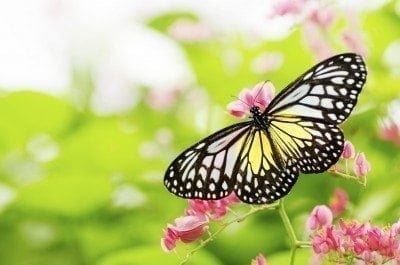 Honeybees are valuable plant pollinators, but each year we lose one-third of the honeybee colonies in the United States to colony collapse disorder. Additional colonies are lost to mite infestations, viruses, fungi and insecticide poisoning. This article explains how to attract and use alternative pollinators to bees.

What Are Alternative Pollinators?

Eighty percent of the fruit, nuts and seeds that make up the American diet depend on animal pollinators, including insects, birds and mammals. In the past, gardeners depended on honeybees, but with the decline in the honeybee population, the focus is shifting to alternative pollinators in the garden.

There are about 3,500 additional species of bees in the United States, some of which make excellent alternative pollinators. While honeybees pollinate flowers by visiting them one after another, carrying the pollen from flower to flower in the process, other species pollinate in different ways.

For instance, bumblebees pollinate flowers by buzzing them. They hang under a flower and vibrate it with their wings so that the pollen falls onto their body. Bumblebees have proven to be even more effective than honeybees at pollinating tomatoes and members of the blueberry family, which includes cranberry, bearberry, huckleberry and manzanita as well as blueberries.

Long tubular flowers need the long beak of a hummingbird or an insect with a long proboscis that can reach down into the throat and retrieve the pollen.

Size matters when it comes to pollination. Small, delicate flowers need the light touch of a small pollinator such as butterflies. Flowers with large grains of pollen need a big, strong insect or bird that can carry the grains away.

The best method of attracting alternative pollinators is to plant a diverse garden that will attract many kinds of pollinators. Native plants work well with native insect populations. Some pollinating insects are available for purchase, but if you don’t have enough flowering plants to support them, they won’t stay around long. Avoid insecticides when trying to attract pollinating insects.

While you build your population of alternative pollinators in the garden, you may have to depend on alternative pollination methods to ensure a successful crop. You can hand-pollinate small flowers, such as tomatoes, by dabbing inside several flowers with a small, soft artist’s brush or cotton swab.

With larger flowers such as cucumbers and squash, it’s easier to remove the petals of a male flower and swirl the stamen around in several female flowers. You can tell male from female flowers by looking at the top of the stem, just below the flower. Female flowers have a swollen structure that will grow into a fruit with successful pollination.