Beetles And Pollination – Information About Beetles That Pollinate 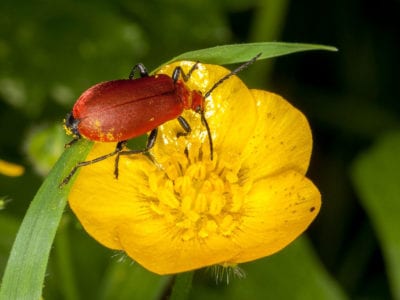 When you think of insect pollinators, bees probably come to mind. Their ability to hover gracefully in front of a blossom makes them excellent at pollination. Do other insects pollinate too? For instance, do beetles pollinate? Yes, they do. In fact, nature relied on beetles that pollinate to propagate flowering species before hovering bees arrived on the planet. The story of beetles and pollination is a fascinating one that you can read right here.

When you first hear about beetles and pollination, you are likely to ask questions: Do beetles pollinate? How are beetles pollinators? That’s because beetles share the pollinating role with other insects and animals today like bees, hummingbirds, and butterflies. Beetles were the first pollinators, starting hundreds of millions of years ago.

Given the fact that 40 percent of all insects on earth are beetles, it is no surprise that they do a significant slice of Mother Nature’s pollination work. They started some 150 million years ago pollinating angiosperms like cycads, 50 million years before bees appeared. There’s even a name for the process of beetle pollination. It’s called cantharohily.

Beetles cannot pollinate all flowers, of course. They do not have the ability to hover like bees, nor do they have long beaks like hummingbirds. That means that they are limited to pollinating flowers with shapes that work for them. That is, pollinating beetles cannot get to the pollen in trumpet-shaped flowers or where pollen is deeply hidden.

Beetles are considered “dirty” pollinators, as opposed to bees or hummingbirds, for example, because they eat flower petals and also defecate on flowers. That has earned them the nickname of “mess and soil” pollinators. Yet, beetles remain an important pollinator worldwide.

Beetle pollination is quite common in tropical and arid regions, but quite a few common temperate ornamental plants also rely on pollinating beetles.

Often, the flowers visited by beetles have bowl-shaped flowers that open during the day, so their sexual organs are exposed. The shape creates landing pads for the beetles. For example, magnolia flowers have been pollinated by beetles since the plants appeared on the planet, long before the bees appeared.