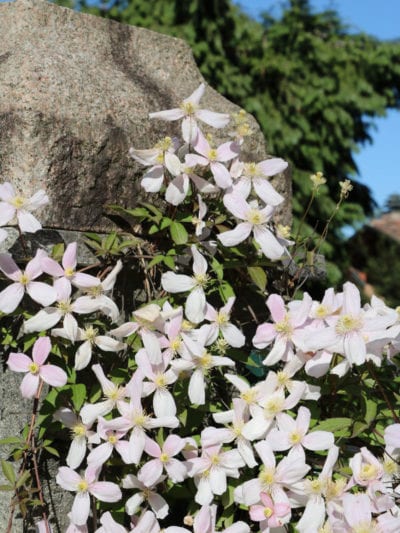 There are a number of reasons for growing vines in the northwestern U.S., not the least of which is that they make a wonderful privacy screen from your nosy neighbor. When choosing vines for the Pacific Northwest, options are plentiful. However, growing native vines to the area is the best option. Native Pacific Northwest flowering vines have already adapted to this climate, making them more likely to flourish.

Growing Vines in the Northwestern U.S.

Native Pacific Northwest flowering vines are an excellent choice for the landscape. They add vertical dimension to the garden, attract hummingbirds and butterflies, and because most vines grow rapidly, make wonderful privacy screens.

Pacific Northwest native vines have already acclimated to local conditions such as weather, soil, and rainfall. This means they are more likely to thrive versus nonnative, subtropical vines, which may do well through the growing season only to die during the winter.

Native vines also are likely to require less maintenance because they are already hardy to the environment.

Clematis Vines for the Pacific Northwest

If you reside in the Pacific Northwest, then you are familiar with clematis, specifically Clematis armandii. This vine is a rigorous, early blooming clematis with fragrant blossoms that reliably return year after year and stay green year-round.

If you love this clematis but want a different look, there are several other varieties to choose from that are suitable as vines for this area.

Don’t forget the grapes. Riverbank grape (Vitus riparia) is a fast-growing and long-living vine that is very hardy. It blooms with yellow-green blossoms. California wild grape (Vitus californica) also bears yellow-green blooms. It is very aggressive and requires maintenance if you don’t want it crowding out other plants.

There are other vines that, while not native to the region, have a proven history of thriving in the Pacific Northwest. A few of these include:

Last but not least, let’s not forget passionflower. Blue passionflower (Passiflora caerulea) is almost as common a vine as Clematis armandii. This vine is extremely fast growing, incredibly hardy, and bears large, cream-colored blooms with purple-blue coronas. In the mild regions of the Pacific Northwest, USDA zones 8 and 9, the vine remains an evergreen. Flowers beget large, orange fruit that, while edible, are fairly tasteless.