Landscaping With Native Plants Of The Southwest 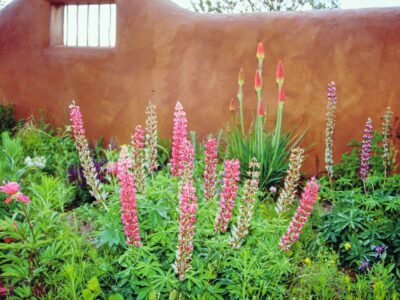 Selecting the right plant for your zone is crucial to good growth and development. The southwestern region of North America tends to be hot and dry, with a rainy season that is capricious. Southwest native plants are always recommended for the region, due to their adaptability and resilience to the climate. Wild plants require less care and have resistance to the local pests and diseases. They have acclimatized to the pattern trends and the sometimes- scorching heat.

The garden design should include a variety of plants for dimension and a broad palette. Included in these are native plants. For instance, Utah native plants such as Pinyon pine, Utah holly, and serviceberries. These plants are water wise, attract wildlife, and are easy to grow. Choosing native plants for specific regions is made simple by local Extension services who publish lists of plants suitable for the garden. These lists will generally give lighting, moisture, and other site selection guidelines for fool proof garden planning.

Choosing to use a range of native plants, reflects and supports the wild ecosystem. Wild plants are adapted to the soils and climate of their particular zone. In Colorado, the high elevation provides a cool, dry climate with hot summers. There is usually plenty of snow and cloudy days. Suggested plants for the Colorado home garden are:

The flowering plants will encourage pollinators, provide habitat, and add easy beauty to the landscape.

Using Extension services or local native plant societies as a guide, the home gardener in the southwest can utilize local flora as part of their landscaping scheme. Such plants encourage native fauna and provide proven successors for the garden. Wild plants will adjust and establish more quickly than imported varieties. They also need less water, fertilizer, and special care. Arizona native plants to try:

Many of the above plants will be adapted to New Mexico, but it has its own flora. Taking time to ensure soil condition and provide irrigation in the form of drip or other systems, will make establishment of new plants quicker. Often there is more than one variety of a particular desired species. Take into consideration grasses. There are many plains and desert grasses from which to select, such as blue grama, buffalograss, Indian ricegrass, beargrass, western wheatgrass, and little bluestem. Penstemon and primrose also provide many varieties from which to choose. Certain characteristics and size will vary, allowing for many options.

Printer Friendly Version
Read more about Southwest
<PreviousNext>
Did you find this helpful? Share it with your friends!
FacebookTweetPinEmail
Related Articles
Newest Articles
You might also like…
Additional Help & Information