Best Shrubs Of The Southwest For Landscaping 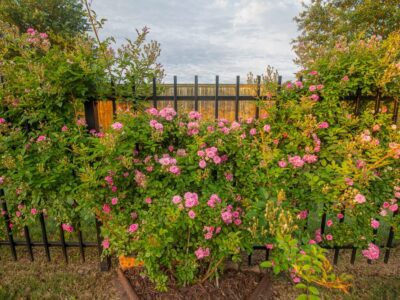 Landscaping in the southwest affords the gardener many choices. Native flora are ideal as they are adapted to the year-round warm temperatures and low rainfall. The wild shrubs of New Mexico would be perfect landscaping choices because they are used to the blazing sun and arid conditions. When selecting ornamental imports, consider the weather factors and high light exposure. Native soil should also be taken into account. Soils tend to be very deep but poorly draining, and most often a silt, clay, loam.

Gardening in regions with little ambient humidity or precipitation can be challenging. Such conditions explain the American southwest. There are 4 deserts: the Great Basin, Sonoran, Chihuahua, and Mojave. These regions are very dry but experience a brief rainy season. Plants must be able to withstand such arid and hot conditions. Native Arizona bushes and other plants of the region are best accustomed to the natural weather patterns and will establish more quickly than imported plants. They will also be able to withstand local pests and disease.

In this region, it is best to choose plants that tolerate xeriscape conditions. These types of plants will need water to establish but can tolerate periods of drought thereafter. Using natives provides such tolerance, while also attracting and fostering native insects and flora. They are also part of a sustainable landscape where less fertilizer and water input are necessary. Additionally, plants should be grouped according to their needs. A specimen that needs plenty of moisture should not be sited where existing plants prefer dry conditions

Procuring plants that flower further enliven the landscape. While Arizona flowering shrubs are suited for most of that state, they may also be suitable for other areas of the southwest.

Plants like serviceberry are native to the west and can be used across the region. Serviceberry will produce white flowers followed by fruits eaten by birds.

Before selection of plants, consider their mature size. Taller plants around windows should be avoided in order to prevent obstruction of view. Also double check the hardiness of any non-native plants to ensure their survival. Plants in Colorado and Utah may also have to contend with high elevations.

Shrubs of New Mexico and Texas

The majority of the previous shrubs would thrive in New Mexico, but a few additional species will also perform beautifully. Barberry comes in a variety of forms and sizes but be wary of the stickers. Cherry sage is a showy medium sized bush that produces showy flowers and scented leaves. Texas purple sage, a native plant, is evergreen with bright purple to pink blooms. Deeply violet flowers adorn blue mist, while fernbush will dance with plenty of white flower clusters. Imported ornamental varieties may also be used in the landscape, provided they are situated near a water source and their cultivation needs match the land.

Printer Friendly Version
Read more about Southwest
<Previous
Did you find this helpful? Share it with your friends!
FacebookTweetPinEmail
Related Articles
Newest Articles
You might also like…
Additional Help & Information