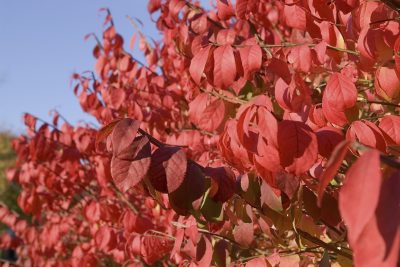 Invasive plants are non-native species that are likely to spread aggressively, forcing out native plants, and causing severe environmental or economic damage. Invasive plants are spread in a variety of ways, including via water, wind, and birds. Many were introduced to North America very innocently by immigrants who wanted to bring a beloved plant from their homeland.

Invasive Plant Species in Your Zone

If you aren’t sure if a plant is potentially problematic in your area, it’s always best to check with your local Cooperative Extension office regarding invasive plant species in your zone. Keep in mind that once established, controlling invasive plants is extremely difficult and, sometimes, nearly impossible. Your extension office or a reputable nursery can advise you about non-invasive alternatives.

In the meantime, read on for a short list of the many zone 8 invasive plants. Keep in mind, however, that a plant may not be invasive in all zone 8 areas, as USDA hardiness zones are an indication of temperature and have nothing to do with other growing conditions.

Autumn Olive – A drought-tolerant, deciduous shrub, autumn olive (Elaegnus umbellate) displays silvery-white blooms and bright red fruit in autumn. Like many plants that produce fruit, autumn olive is largely spread by birds who distribute the seeds in their waste.

Japanese Barberry – Japanese barberry (Berberis thunbergii) is a deciduous shrub introduced to the U.S. from Russia in 1875, then widely planted as an ornamental in home gardens. Japanese barberry is highly invasive throughout much of the northeastern United States.

Winged Euonymus – Also known as burning bush, winged spindle tree, or winged wahoo, winged euonymus (Euonymus alatus) was introduced to the United States around 1860 and soon became a popular plant in American landscapes. It is a threat in many habitats in the eastern part of the country.

Japanese Knotweed – Introduced to the United States from eastern Asia in the late 1800s, Japanese knotweed (Polygonum cuspidatum) was an invasive pest by the 1930s. Once established, Japanese knotweed spreads rapidly, creating dense thickets that choke out native vegetation. This invasive weed grows across much of the United North America, with the exception of the Deep South.

Japanese Stiltgrass – An annual grass, Japanese stiltgrass (Microstegium vimineum) is known by a number of names, including Nepalese browntop, bamboograss, and eulalia. It is also known as Chinese packing grass because it was probably introduced to this country from China as a packing material around 1919. So far, Japanese stiltgrass has spread to at least 26 states.