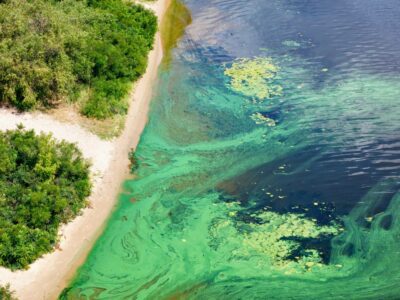 Climate change is happening whether this planet’s denizens are ready or not. The effect may be cyclical in our world’s history, but it is also influenced by human activity and proposes some scary potential outcomes. Using blue green algae climate change fighters may be a game changer. Pitting algae and global warming against each other could prove these tiny organisms are mightier than their small size suggests.

How Can Algae Help Climate Change?

Climate change and algal blooms are cause and effect situations. Warmer oceans have the ability to cause algal blooms, some of which can be dangerous. But certain species of algae are the work horses of environmental sustenance. These small plants convert carbon dioxide into oxygen, while simultaneously providing a protein source and biofuel.

Harnessing these 3 benefits could have worldwide beneficial repercussions. Scientists are studying ancient sediment to see how algae from millions of years ago responded to high carbon dioxide environments. Modern data estimates that farmed algae could capture and transform 30,000 tons of carbon dioxide annually. And in such situations, the tiny plants could be grown in seawater at rates much higher per square foot than land based crops.

Scientists are terming this system ABECCS, or algae bioenergy with carbon capture and storage. An experimental hypothesis considers replacing a 7,000 acre (28 square km.) soybean field with eucalyptus trees. The fast growing trees would then be harvested and burned within the system. Results suggest the algae will produce as much protein as the original soybean field, with carbon capture of 30,000 tons (27,215,542 kg.) and 17 million kilowatt hours of energy. While containing and changing carbon, the algal facility is also feeding people and producing energy.

Algae are very fast growing organisms. They do need the correct temperatures and water source to thrive. But in farming situations, this will be provided for optimal growth.

Algae, like all plants, photosynthesizes to produce energy. The process converts carbon dioxide to plant sugars to drive growth. Algae have a superior method of concentrating carbon. They have the ability to fix carbon around the enzyme specifically responsible for changing it into sugar.

Studying this ability could help enhance carbon fighting systems. It can also be harnessed as a part of a carbon response system that produces protein and fuel. Good things do come in small packages.