Allelopathy In Plants: What Plants Suppress Other Plants 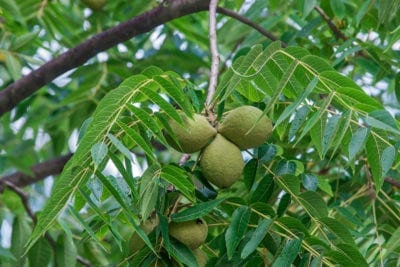 Plant allelopathy is all around us, yet, many people have never even heard of this interesting phenomenon. Allelopathy can have an adverse effect in the garden, resulting in reduced seed germination and plant growth. On the other hand, allelopathic plants may also be considered Mother Nature’s own weed killer.

Allelopathy is a biological phenomenon where one plant inhibits the growth of another. How? Through the release of allelochemicals, certain plants can greatly affect the growth of other plants either in a good or bad way by leaching, decomposition, etc. In essence, plant allelopathy is used as a means of survival in nature, reducing competition from plants nearby.

Various parts of plants can have these allelopathic properties, from the foliage and flowers to the roots, bark, soil, and mulch. Most all allelopathic plants store their protective chemicals within their leaves, especially during fall. As leaves drop to the ground and decompose, these toxins can affect nearby plants. Some plants also release toxins through their roots, which are then absorbed by other plants and trees.

Common plants with allelopathic properties can be seen and include:

Trees are great examples of allelopathy in plants. For instance, many trees use allelopathy to protect their space by using their roots to pull more water from the soil so other plants cannot thrive. Some use their allelochemicals to inhibit germination or impede the development of nearby plant life. Most allelopathic trees release these chemicals through their leaves, which are toxic once absorbed by other plants.

Black walnut is a prime example of this. In addition to its leaves, black walnut trees store allelopathic properties within their buds, nut hulls, and roots. The chemical responsible for its toxicity, called Juglone, remains in the soil around the tree and is most potent at the drip line, though the roots can spread out well beyond this. Plants most susceptible to the black walnut’s toxicity include nightshade plants (tomatoes, peppers, eggplants, potatoes), azaleas, pines, and birch trees.

Other trees that are known to exhibit allelopathic tendencies include maple, pine, and eucalyptus.