Can Plants Learn – Do Plants Have Memories 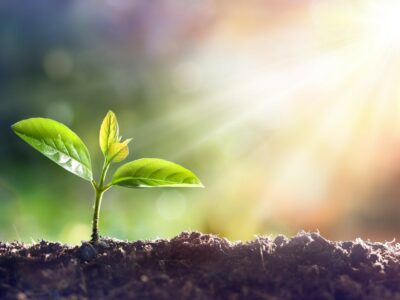 To many people, plants are just green things that may or may not produce flowers or food. They don’t think deeply about flora, and instead, regard them with a shallow aspect. But do plants have memories? Can plants learn? Surprisingly, studies into the subject seem to reveal that plant learned behavior carries through their lives, and in some cases, is transported into further generations.

The consciousness of plants is a topic of study. How do plants learn, or do they? Do plants have memories like we do, or do they just get on with their innate needs? Humans have memories and we keep them for most of our lives. And our memories help us learn and evolve. Plants may have similar impulses that help them survive.

Out of all the characteristics a botanist or plant scientist could study, whether a plant has a learning ability has long been at the bottom of the list. Recently, scientists have been investigating plant learned behavior. In the sensitive plant, a test was done to determine if they could respond to a stimulus after a break period. Initially, the plants were dropped repeatedly, setting off a response of closed leaves. After many drops, the plants didn’t respond to the action, and the leaves remained open. After a few days, the plants were tested again, and they still didn’t close their leaves. This set off the theory that the plants had learned the drop was nothing threatening. Because the response persisted, the idea was that the plants had learned and retained the memory.

How Do Plants Learn?

Many of us talk to our houseplants. It supposedly results in happier, healthier plants. Or are we all crazy? According to the sensitive plant researcher, Monica Gagliano, plants possess a calcium based signaling network in their cells. This is similar to an animal’s memory response. Our houseplants may be responding to the sounds of our voices, much like our pets do. It is soothing and means water, food, and gentle care. But aren’t animals the smart ones with learning abilities, while plants are sedentary living things with no cognitive awareness? This has been the traditional thought, but one that is being turned around with such studies.

The Future of Plant Study

Pavlov famously studied animal responses to repeated stimuli. He did experiments on dogs which resulted in classical conditioning. This is a measure of a stimulus-response connection. Modern science is interested in plant responses to stimuli. In trials with bees, a response to stimuli that lasted 24 hours is considered long term. The sensitive plants had a response 3 days later, which is considered significant. Studies on plant cells have discovered embryo cells act like brain cells to indicate when the plant should start to grow. These types of responses are similar to memory and over time can help a plant react properly to different environmental stimuli and may result in a future where plant’s can be trained to react favorably to challenging conditions.