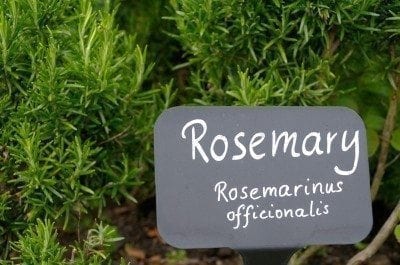 What are Latin Plant Names?

Unlike its common name (of which there may be several), the Latin name for a plant is unique to each plant. Scientific Latin plant names help describe both the “genus” and “species” of plants in order to better categorize them.

The binomial (two-name) system of nomenclature was developed by Swedish naturalist, Carl Linnaeus in the mid-1700s. Grouping plants according to similarities such as leaves, flowers, and fruit, he founded a natural order and named them accordingly. The “genus” is the larger of the two groups and can be equated to the use of a last name like “Smith.” For example, the genus identifies one as “Smith” and the species would be akin to an individual’s first name, like “Joe.”

The difference between the two nomenclatures being, that in Latin plant names the genus is listed first and is always capitalized. The species (or specific epithet) follows the genus name in lowercase and the entire Latin plant name is italicized or underlined.

Why Do We Use Latin Plant Names?

Latin words for the genus or species of a plant are descriptive terms used to describe a specific type of plant and its characteristics. Using Latin plant names helps to avert confusion caused by the often contradictory and multiple common names an individual may have.

In binomial Latin, the genus is a noun and the species is a descriptive adjective for it. Take, for example, Acer is the Latin plant name (genus) for maple. Since there are many different types of maple, another name (the species) is added too for positive identification. So, when confronted with the name Acer rubrum (red maple), the gardener will know he/she is looking at a maple with vibrant, red, fall leaves. This is helpful as Acer rubrum remains the same regardless of whether the gardener is in Iowa or elsewhere in the world.

The Latin plant name is a description of the plant’s characteristics. Take Acer palmatum, for example. Again, ‘Acer’ means maple while the descriptive ‘palmatum’ means shaped like a hand, and it is derived from ‘platanoides,’ meaning “resembling the plane tree.” Therefore, Acer platanoides means you are looking at a maple that resembles the plane tree.

When a new strain of plant is developed, the new plant needs a third category to further describe its one-of-a-kind characteristic. This instance is when a third name (the plant’s cultivar) is added to the Latin plant name. This third name may represent the developer of the cultivar, location of origin or hybridization, or a specific unique characteristic.

For quick reference, this botanical nomenclature guide (via Cindy Haynes, Dept. of Horticulture) contains some of the most common meanings of Latin plant names that are found in popular garden plants.

While it isn’t necessary to learn scientific Latin plant names, they may be of significant aid to the gardener as they contain information regarding specialized characteristics among similar plant species.