History Of Permaculture And Its Creators 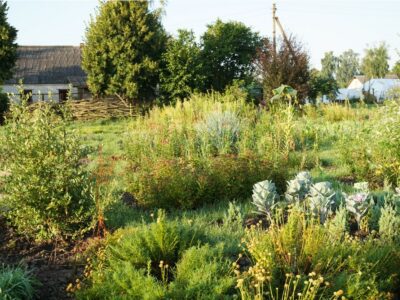 Permaculture is a modern buzz word that dates back almost 50 years. Who started permaculture and the resulting movement? Bill Mollison and David Holmgren are credited with the development and education of the process. Their studies into the Australian Aboriginal people’s practices helped to determine the concept and popularize it through their 1978 book.

Many gardeners today practice at least some of the concepts of permaculture. The entire movement is a group of philosophies generated by a biologist and his student. Bill Mollison was the initiator behind this response to degenerating ecological conditions and our contribution as a species to such. Who is Bill Mollison? He was an academic scholar and biologist from Tasmania who observed the natural ecosystems and came back with some important lessons.

The movement of permaculture started in Australia, one of the most diverse areas of life forms. Bill Mollison, permaculture initiator, began courses titled the “Permaculture Design Certificate.” The movement caught on, and today PDC courses are offered around the world. Permaculture is more than organic gardening. It encompasses concepts such as empowerment and responsibility for ourselves and future generations. Along with student David Holmgren, permaculture found its way into the hands of a host of sustainable gardeners. In 1978 they published the book Permaculture One, which outlined the basic principles of the practice. They described permaculture as “an integrated, evolving system of perennial or self-perpetuating  plant and animal species useful to man.” This book was followed in 1988 by Mollison’s Permaculture: A Designers’ Manual.

Other adherents to the practice have further expanded the definitions of permaculture. These include:

Holmgren and Mollison were pioneers of this holistic approach to farming and animal husbandry as well as land management. The practice is cyclical, relying on daily and annual observations which inform the sets of systems and tasks required to maintain the enterprise.

The Future of Permaculture

Global warming, habitat loss, threatened species, and more changes in modern times have spoken to the necessity of a permaculture transition in daily life. Even home gardeners can use permaculture’s tools to create a more natural and sustainable garden which not only feeds them but enhances and encourages local flora and fauna. Such practices can actually improve land and restore natural balance, without creating setbacks. Modern approaches include such ideas as: