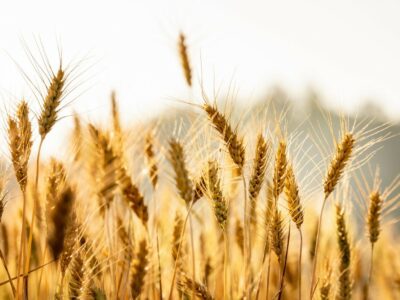 Everyone living on the planet must eat to stay alive- and that has been the case since the very first humans appeared. Exactly how we obtain the food we need has been one of the major issues of humanity.

Though early humans were hunter/gatherers, that largely ended with the neolithic period. Today, most food – both animal and plant based – consumed by humans is produced by those who cultivate crops or raise animals for consumption. This process is called agriculture.

During their first million years on Earth, humans lived in small, nomadic bands. They obtained food by following wild animal herds to get meat and gathering plants from nature along the way. This was common during the neolithic period that lasted until some 10,000 years ago.

This type of hunting/gathering was easier in tropical climates than temperate ones, since herds of animals did not travel long circuits in the tropics. In temperate climates, humans might have tracked wild animals for hundreds of miles or more over the course of a year, constantly on the move. This difference may explain why agriculture seems to have arisen in temperate regions first.

Where Did Agriculture Originate?

It is believed that agriculture started up some 10,000 – 12,000 years ago in four different locations around the globe: the Fertile Crescent in the Mideast, along the Yellow River in China, in Egypt’s Aswan, and in the Tehuacan Valley in Central America.

Why did humans stop foraging and start farming? There are several different theories. It might have been that populations increased to the point where there was increased competition for food. Regardless of the causes, it is certain that humans became less mobile and more settled.

When Did Humans Start Farming?

Humans are thought to have started farming cereal crops 11,000 years ago. This was followed by protein-rich foods like peas and lentils. The presence of growing crops necessitated a less nomadic life structure. But how did cultivation get started?

One theory is that nomads traveled in patterns and used the same location to dispose of trash, a kind of compost heap. Over time, they may have noticed that the seeds they tossed there grew, producing predictable crops. This might have been the beginning of neolithic farming.

As humans began to get better at farming, they also started domesticating animals. There is evidence that humans were herding sheep and goats 12,000 years ago. In addition to providing milk and meat, domesticated animals could be used as labor, which helped make more intensive farming possible.

The change from a nomad, hunter/gatherer society to one based on farming is called the Neolithic Revolution or the Agricultural Revolution. It altered the nature of human life, including far more than how they obtained food.

While the changes opened the door to more urban living and civilizations characterized by advancement in knowledge, arts and trade, it also has been linked to inequities, poorer nutrition, and a rise in infectious disease.