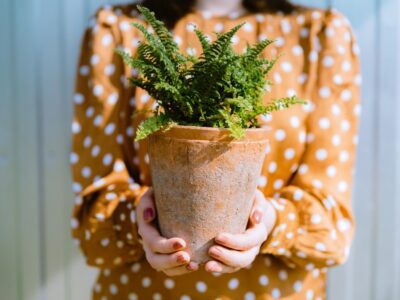 It’s a notion older than our nation: the idea of sharing plants with neighbors and friends. This “pass along plants” tradition started when nurseries didn’t offer many heirloom or native plants, and the only way to acquire them was from another gardener.

Although it is possible to acquire almost any cultivar or variety these days from a specialty plant store, the idea of gifting plants has not lost its appeal. But before you organize a pass-along-plant sale or plant swap, you may be interested to hear more about the history of this American tradition.

Pass It Along Plants

Was the term “passalong plants” first used by Steve Bender and Felder Rushing in their book of that name published some decades ago? Perhaps so. In the charming text, they attribute the tradition to Southern grace and thriftiness, since plant sharing was a matter of kindness and also an important way to cut down on expenditures.

The authors tell us that Southerners have long embraced the shared nostalgia of sharing plants, and, at the same time, sharing connections to a person, place, or event. That heirloom rose you got from Aunt Martha’s garden will always make you think of her and the times you spent in her rose garden.

Gifting and Getting Plants

Many gardeners have a few favorite perennial plants that they received as gifts from others. The passalong plants custom may not be a tradition in every culture, but gardeners tend to be a generous lot and willingly share their bounty.

In modern day, with families widely separated rather than sharing a neighborhood, this may take the form of perennial plant swaps or even plant sales. But all of these ways plants move from one backyard to another encompass a not only a certain amount of generosity toward the plants themselves but also to one another.

Is plant sharing ever a bad idea? It can be, and this is important to know whether you are on the giving or the receiving end. Years ago, people tended to have more land around their residences and fewer plant species. As yards grew more confined and plant species more abundant, the idea of invasive plants came into play.

Invasive plants are those that spread rapidly and widely on their own. While this kind of plant created many opportunities for passing along plants, it can be disastrous in some gardens. For example, anyone who receives spreading bamboo as a passalong plant must be cautious it doesn’t take over the yard.

Bamboo is hardly the sole invasive plant around. Other plants to look out for include lemon balm (Melissa officinalis) that creeps and reseeds endlessly, and English ivy (Hedera helix), virtually impossible to get rid of once established.

And keep an eye out too for hitch-hiking plants. Really wonderful pass-along plants, dug up from the garden, can include invasive plants growing in the pot with them. That pot of daylilies, for example, may have highly invasive grass growing between them.