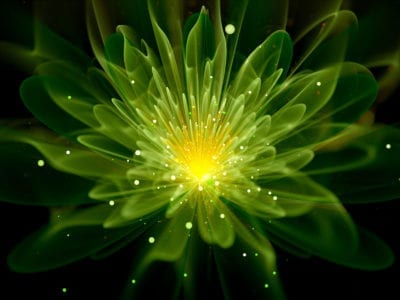 Plants that glow in the dark sound like features of a science fiction thriller. Glowing plants are already a reality in the research halls of universities like MIT. What makes plants glow? Read on to learn the underlying causes of glow-in-the-dark plants.

Do you have solar lights in the backyard or garden? If glowing plants were available, you could do away with those lights and just simply use the plants themselves.

It’s not as far-fetched as it sounds. Fireflies and some kinds of jellyfish glow in the dark, as well as certain types of bacteria. Now scientists have worked out a way to transfer this glow-in-the-dark quality to living things that usually don’t glow, like plants.

Plants that glow in the dark don’t do it naturally. Like bacteria, plants have the genes that make glow-in-the-dark proteins. They do not, however, have the part of the gene that switches on the process.

Scientists first removed the gene from the DNA of glowing bacteria and embedded particles into the DNA of plants. This caused the plants to start the protein-making process. The result was that the leaves glowed dimly. These efforts were not commercialized.

The next phase or research did not focus on DNA but rather an easier process of dipping plants into a solution containing specially engineered nanoparticles. The particles contained ingredients that caused a chemical reaction. When that combined with the sugar inside a plant’s cells, light was produced. This has been successful with many different leafy plants.

Don’t imagine that the watercress, kale, spinach, or arugula leaves used in the experiments could light up a room though. The leaves actually glowed dimly, about the brightness of a night lamp.

Scientists are hoping that they will produce plants with brighter light in the future. They foresee clusters of plants giving off sufficient light to serve as ambient low-intensity lighting.

Perhaps, in time, glow-in-the-dark plants can serve as desktop or bedside lights. This could lower the amount of energy humans use and give light to those without electricity. It could also turn trees into natural lamp posts.