Try Ratooning To Produce A Second Harvest In Your Garden 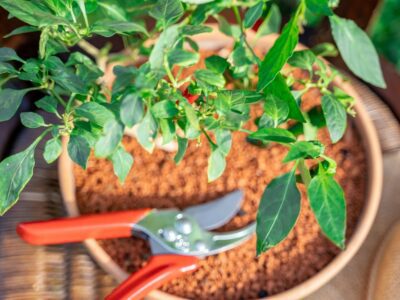 It’s nice to have the option of a second crop during the growing season, and many gardeners plan ahead to ensure they have adequate time to ensure a fall crop. But a lesser known means to the same end is called ratooning. What is ratooning? Read on to find out about the advantages of ratooning and ratoon crop examples.

A ratoon is a new sprout or shoot that emerges from the base of a monocot crop (after it has been cropped. Ratooning is a method of propagation by which a monocot (monocotyledon), a plant having an embryo with only one cotyledon, is harvested leaving behind stubble which then re-grows. The earliest known record of ratooning can be traced back to the Vedic period of India with reference to farmers cultivating barley using this method.

Today ratooning is most commonly used on crops that are processed for essential oil, fiber and medications and which are known to give a steady crop for three years under this form of propagation. An example of a commercial crop using this method of propagation is sugar cane.

The word “ratoon” is likely derived from the Latin retonsus, meaning “to cut down” or retono which means “to thunder back”.

There are about 60,000 species of monocots with the great majority (20,000) being orchids. In agriculture, the major grains such as rice, wheat and maize, as well as forage grasses, sugar cane and bamboo are monocots.

Rice is an interesting example. Rice is usually grown as an annual plant but in tropical regions it is grown as a perennial. In these areas, rice produces a ratoon crop.

Ratooning in vegetables is rarely an option given that most are dicots. However corn, yam and leeks are monocots and eggplant, peppers, and okra are crops suited to ratooning.

The major advantage to ratooning a crop is that the cultivation cost is less, since there is no need to reseed and no need to prepare a sowing site. The crop also matures earlier and needs less labor as it grows.

The disadvantages to ratooning a crop are that the ratoon crop will be of lesser quality and lower yield than the primary crop. Using sugar cane for instance, the canes will be thinner and with a lower sugar content. This method of propagation depletes soil nutrients as well.

How to Ratoon a Vegetable Crop

To grow a fall crop by ratooning, plan to cut back the plants after they have stopped producing in the summer. In the case of common garden crops such as peppers, okra and eggplant, prune the plant to 6-8 inches (15-20 cm.) above the soil line, leaving enough leaf axils to continue photosynthesizing.

Once the plants have been cut, fertilize them with a 1:2 ratio of nitrogen and potassium fertilizer to encourage new growth. Keep the soil around the plants uniformly moist. The ratooned plants will begin producing fruit again in about 4-6 weeks.