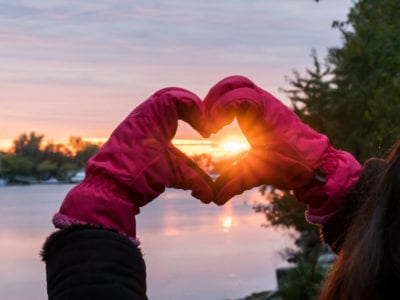 Winter solstice is the first day of winter and the shortest day of the year. It refers to the exact time that the sun reaches its lowest point in the sky. The word “solstice” comes from the Latin “solstitium,” which means a moment when the sun stands still.

Winter Solstice in the Garden

Winter solstice has been celebrated for thousands of years as both the longest night of the year and the moment of the year when the days start getting longer. Pagan cultures built fires and offered the gods gifts to encourage the sun to return. The winter solstice falls anywhere between December 20-23, quite close to our modern Christmas festivities.

Early cultures celebrated winter solstice in the garden by decorating with a wide variety of plants. You will recognize some of these since we still use many of them in the house on or around the Christmas holidays. For example, even ancient civilizations celebrated the winter holiday by decorating an evergreen tree.

Plants for the Winter Solstice

One of the cool things about winter solstice for gardeners is how many plants were associated with the celebration.

Holly was considered particularly important on the first day of winter, symbolizing the waning sun. The Druids considered holly a sacred plant since it is evergreen, making the earth beautiful even as other trees lost their leaves. This is likely why our grandparents decked the halls with holly boughs.

Mistletoe is another of the plants for winter solstice celebrations long before the earth celebrated Christmas. It, too, was regarded as sacred by the Druids, as well as ancient Greeks, Celts, and Norse. These cultures thought the plant offered protection and blessing. Some say that couples kissing under the mistletoe in these ancient civilizations as well as part of the celebration of the first day of winter.

In most regions of this country, the first day of winter is too cold for much winter solstice gardening. However, many gardeners find indoor gardening rituals that work for them.

For example, one way to celebrate winter solstice for gardeners is to use that day to order seeds for next spring’s garden. This is especially fun if you get catalogs in the mail that you can flip through, but it’s also possible online. There’s no better time than winter to organize and plan for sunnier days to come.