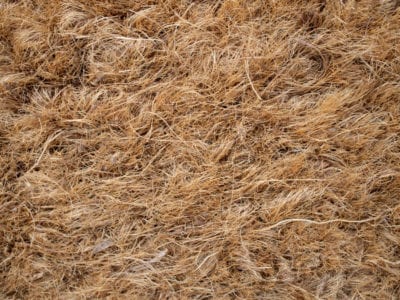 Using coconut coir as mulch is an environmentally friendly alternative to non-renewable mulches, such as peat moss. This important point, however, only scratches the surface when it comes to coir mulch benefits. Let’s learn the reasons why using coir for mulch is a great idea for many gardeners.

What is Coconut Coir?

Coconut fiber, or coir, a natural waste product resulting from the processing of coconuts, comes from the outer shell of the coconut husks. The fibers are separated, cleaned, sorted and graded before shipping.

Coir mulch is available in tightly compressed bricks or bales. Although coir mulch is easy to apply, it’s necessary to soften the bricks first by soaking them in water for at least 15 minutes.

Use a large container for soaking coir, as the size will increase by five to seven times. A large bucket is adequate for a brick, but soaking a bale requires a container such as a large garbage can, wheelbarrow or a plastic small wading pool.

Once the coir has been soaked, applying coir mulch is really no different than using peat or bark mulch. A layer 2 to 3 inches (5 to 7.6 cm.) thick is adequate, although you may want to use more to keep weeds in check. If weeds are a serious concern, consider using landscape cloth or other barrier under the mulch.