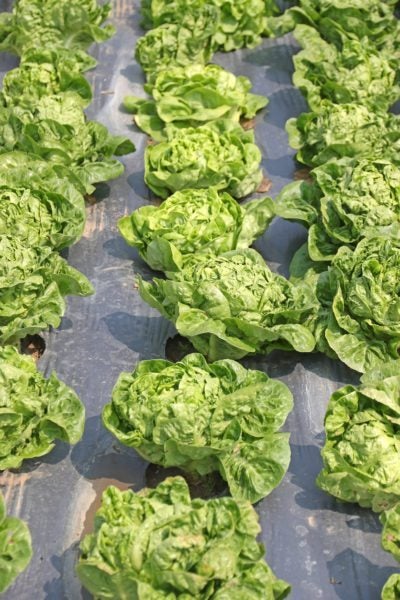 What is Reflective Mulch?

Reflective mulches are reflective material such as aluminum or silver polyethylene mulch that reflects light up onto the leaves of plants. They are great for gardeners growing in partially shady conditions. They also come in colors such as silver, yellow, orange, and red, and have been reported to be effective for management of certain pests and, thus, possible virus transmission.

How Does Reflective Mulch Work?

As mentioned, reflective mulch increases the amount of light available to plants, but it also increases air temperature and photosynthesis, which means better growth.

Reflective mulches utilize the entire light spectrum, thereby boosting the available amount of light and heat to plants resulting in higher yields and bigger fruit and vegetables. It also helps retard weeds and conserve moisture just as other forms of mulch in gardens.

Reflective mulch not only increases temperatures and the amount of available light to plants, but it has been shown to reduce damage caused by certain insect pests such as aphids that transmit disease. It may also deter bird pests.

Is reflective mulch effective against pests? While some of the colored reflective films have been reported as more effective than white or black plastic mulches for management of pests, they are not effective on a wide array of pests. Each color of mulch seems to do a better job of repelling a certain pest while others have even increased pest levels.

Also, the effectiveness of reflective mulches seems to decline through the season as more of the visible surface is covered by the growing plant or as colors fade in the sun.

For the most part, however, reflective mulch benefits outweigh the potential detriments. Even cost doesn’t have to be a factor since you can make them cheaply out of aluminum foil and cardboard that has been painted white.

To use reflective mulch, first remove any weeds from the bed. Then cover the bed with silver polyethylene mulch, which is available in rolls. Bury the edges with soil or hold them down with stakes, rocks, etc. Once the mulch is in place, cut 3 to 4 inch (8-10 cm.) diameter holes and plant a few seeds or a single transplant within the hole.

Or, if your budget is limited, cover cardboard with aluminum foil. Likewise, if you already have it, spray clear plastic mulch or landscape fabric with reflective silver paint.

When temperatures peak, be sure to remove the mulch to avoid overheating and burning the plants.