How To Clone A Plant 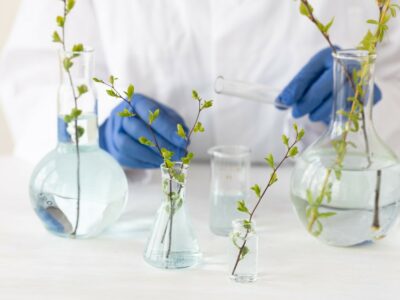 There are many ways to propagate a plant. The most common are from cuttings, seed, divisions, rhizomes, layering, and grafting, but to get a genetically identical plant, plant clones are the best method. Not all plants can be propagated in the same way, and some plants are legally restricted from propagation due to patents. Plant cloning techniques are fairly straightforward, but you do need to practice sanitary conditions.

The word clone comes from the Greek “klon,” which means twig. In plants, cloning is the production of a cell that is genetically identical to the parent. If you have a favorite plant that can be hard to source, it might be useful to clone plants at home. You need to know several important steps on how to clone a plant in soil. Some clones may also be started in water.

Cloning is an asexual process. It is also known as vegetative reproduction. You may clone plants from a simple cutting, where a stem or shoot is removed from the original plant and either encouraged to root in water or soil, or other mediums.

Many gardeners have cloned a houseplant by taking a snip and slipping it into a glass of water. Once roots form it is ready to house in soil. Other methods of making plant clones might be grafting or air layering. Grafting relies upon cutting in the woody stem of a plant and inserting leafy material from the same plant to grow together. Air layering sees a stem covered in soil until it roots. Both the latter methods require some knowledge and skill.

How to Clone a Plant with Water

Probably the easiest method of cloning involves a cutting and water. In most cases tap water is sufficient, but sensitive plants may prefer mineral or bottled water. Use a clean, sharp implement to take the cutting.

Ideally, roots will form best if there is a growth node near the cut. Cut just below the node. Then just insert the cut end into water. Don’t submerge the entire cutting. Change the water frequently to avoid pathogen build up. Depending on the plant, roots should begin to form in a couple of weeks. Let these get full and flush before planting the cutting into soil.

How to Clone a Plant in Soil

A sterile potting soil is the best medium. If your soil is not sterile, place the necessary amount in thin layers on baking sheets and put in the oven at 200 degrees Fahrenheit (93 C.) for half an hour. Alternatively, you can steam soil by using a double boiler for the same amount of time.

Again, take a cutting just below the node. Insert the cut end into some rooting hormone and then into a pre-made hole in already moistened soil. Press the soil around the cutting. Place the container in indirect light. It may be useful to cover the cutting with a plastic bag to create a mini greenhouse. Keep the bag slightly open so excess moisture can release. Once you see new leaves develop, your cutting has likely rooted.

Printer Friendly Version
Read more about Other Propagation Methods
<Previous
Did you find this helpful? Share it with your friends!
FacebookTweetPinEmail
Related Articles
Newest Articles
You might also like…
Additional Help & Information