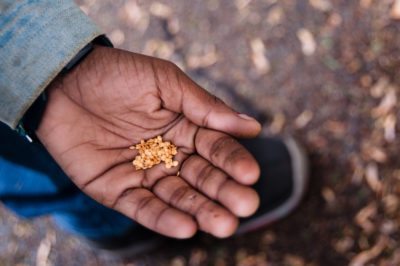 Most organic plant life starts out as a seed. What is a seed? It is technically described as a ripened ovule, but it is so much more than that. Seeds house an embryo; the new plant nourishes and protects it. All types of seeds fulfill this purpose, but what do seeds do for us outside of growing new plants? Seeds may be used as food for humans or animals, spices, beverages, and are even used as industrial products. Not all seeds fill all of these needs, and, in fact, some are poisonous.

What is a Seed?

Plant life starts with seeds unless the plant reproduces by spores or vegetatively. Where do seeds come from? They are the byproduct of a flower or flower-like structure. Sometimes seeds are encased in fruits, but not always. Seeds are the primary method of propagation in most plant families. The seed life cycle starts with the flower and ends with a seedling, but many steps in between vary from plant to plant.

Seeds vary in their size, dispersal method, germination, photo response, need for certain stimuli, and many other complicating factors. For instance, look at the seed of the coconut palm and compare it to the minute seeds of an orchid and you will get some idea of the vast variety in sizes. Each of these also has a different method of dispersal and has certain germination requirements that are only found in their natural environments.

The seed life cycle can also vary from just a few days of viability to up to 2,000 years. No matter the size or life span, a seed contains all the information necessary to produce a new plant. It is about as perfect a situation as nature has devised.

Where Do Seeds Come From?

The simple answer to these questions is from a flower or fruit, but it is more complex than that. The seeds of conifers, such as pine trees, are contained in scales inside the cone. The seeds of a maple tree are inside the little helicopters or samaras. The seed of a sunflower is contained in its large flower, familiar to most of us because they are also a popular snack food. The large pit of a peach contains a seed inside the hull or endocarp.

In angiosperms, seeds are covered while in gymnosperms, seeds are naked. Most types of seeds have a similar structure. They have an embryo, cotyledons, a hypocotyl, and a radicle. There is also an endosperm, which is the food that sustains the embryo as it begins to sprout and a seed coat of some sort.

The appearance of seeds of different varieties varies greatly. Some of the grain seeds we commonly grow are corn, wheat, and rice. Each has a different appearance, and the seed is the primary part of the plant we eat.

Peas, beans, and other legumes grow from seeds found in their pods. Peanut seeds are another example of a seed that we eat. The huge coconut contains a seed inside the hull, much like a peach.

Some seeds are grown just for their edible seeds, like sesame seeds. Others are made into beverages as in the case of coffee. Coriander and clove are seeds used as spices. Many seeds have a powerful commercial oil value too, such as canola.

The uses of seeds are as diverse as the seeds themselves. In cultivation, there are open pollinated, hybrid, GMO, and heirloom seeds just to add to the confusion. Modern cultivation has manipulated many seeds, but the basic make up is still the same – the seed houses the embryo, its initial food source and some sort of protective cover.