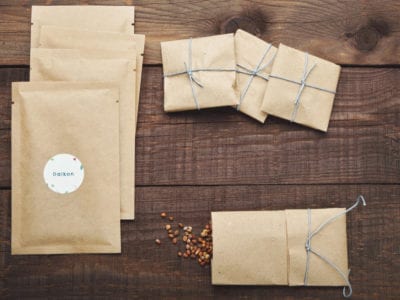 Heirloom vegetable seeds can be more difficult to find but well worth the effort. Ideally you know a friend or family member that can pass along their prized heirloom tomato seeds, but not everyone gets that lucky. The question then is “Where to get heirloom seeds?” Keep reading to learn how to find heirloom seeds sources.

What are Heirloom Seeds?

There are four characteristics that qualify seeds as heirloom. First off the plant must be open-pollinated. Open-pollinated means the plant has not been cross-pollinated with another varietal and is naturally pollinated via the wind, bees, or other insects.

Another quantifier is that the varietal needs to be at least fifty years old; many times passed down from generation to generation and often older than half a century.

Third, an heirloom will not be a hybrid, which means it will reproduce true to type.

Lastly, heirlooms will not be genetically modified.

How to Find Heirloom Seeds

As already mentioned, the least expensive heirloom seed source will be from a friend or relative. The next alternative is the internet or seed catalogue. Heirloom seeds fell out of favor at some point but have since come roaring back to popularity in part due to their superior flavor and because they are not GMO produced, a somewhat contentious subject.

Everything old is new again as the saying goes. So exactly where can you get heirloom seeds on the internet?

Where to Get Heirloom Seeds

Heirloom seed sources run the gamut from someone you know, to a well stocked local nursery, seed catalogues, and or online nursery resources as well as seed savers organizations.

There are dozens of internet sites that sell heirloom seeds all of whom have signed the Safe Seed Pledge which affirms that their stock is free of GMOs. The ones mentioned here are companies that encourage sustainability for people and our planet but there are certainly other excellent heirloom seeds sources.

Additionally, you can obtain heirloom seeds from an exchange such as Seed Savers Exchange. A registered non-profit founded in 1975, Seed Savers Exchange like the following organizations, fosters the use of rare heirlooms to promote biodiversity and preserve the history of these plants.

Other seed exchanges include Kusa Seed Society, Organic Seed Alliance, and for those in Canada, Populuxe Seed Bank.