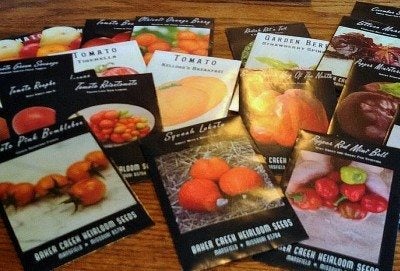 Image by Laura Sterns (with permission)

What are Hybrid Seeds?

Hybrid seeds are produced by companies through careful pollination of two specific varieties. Normally, this highly selective plant breeding is done to bring together two traits in each of the chosen varieties so that the resulting seed has both of the traits.

Though the term “hybrid seeds” is often used in relation to vegetables, any kind of plant that produces seeds can be bred into a hybrid variety.

What are Non-Hybrid Seeds?

Despite the debate on the Internet as to whether you should use hybrid seeds or not, this is actually a personal question for a gardener. Both hybrid seeds and non-hybrid seeds have their pros and cons.

The positives for hybrid seeds are that they tend to perform better in your garden in terms of more fruits and vegetables produced, more plants surviving disease and pests, and more flowers. For a gardener, this can mean an increased return for all the time spent in caring for a garden.

The negatives for hybrid seeds are that they tend to be more expensive to buy due to the specialized pollination process and the seeds you collect from them will not grow the same plant next year and, in some cases, have been bred so that no plant at all can grow from the seeds of a hybrid plant.

The positives for non-hybrid seeds is that they come in a wonderful variety. For example, with tomato plants, there are literally thousands of non-hybrid varieties that you can try and each have their own look and flavor. Due to the cost and time involved in producing hybrid seeds, there are only a few dozen varieties, so your choices are limited.

With non-hybrid seeds, you can also collect seeds from the plant and use them again next year to grow the same variety of plant.

Which is right for you depends on what you would like out of your garden. Consider carefully which type of seed is best for you.