What Is Terra Preta – Learn About Amazonian Black Earth 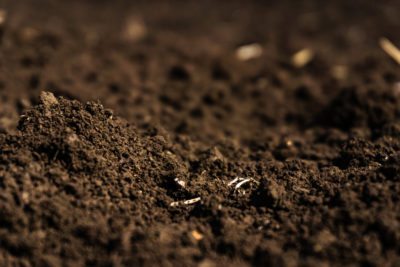 Terra preta is a type of soil prevalent in the Amazon Basin. It was thought to be the result of soil management by ancient South Americans. These master gardeners knew how to create a nutrient rich soil also known as “dark earth.” Their efforts left behind clues for the modern gardener on how to create and develop garden spaces with superior growing medium. Terra preta del indio is the full term for the rich soils that pre-Columbian natives farmed from 500 to 2,500 years ago B.C.

What is Terra Preta?

Gardeners know the importance of rich, deeply cultivated, well-draining soil but often have difficulty achieving it on the land they use. Terra preta history can teach us a lot about how to manage land and develop soil. This type of “Amazonian black earth” was the result of centuries of careful nurturing of the land and traditional farming practices. A primer on its history gives us a glimpse into early South American life and the lessons of intuitive ancestral farmers.

Amazonian black earth is characterized by its deep rich brown to black coloring. It is so remarkably fertile that the land only needs to remain fallow for six months before re-cropping as opposed to most land which requires eight to ten years to achieve the same fertility recharge. These soils are the result of slash and burn farming combined with layered composting.

The soil contains at least three times the organic matter of other areas of the Amazonian basin and much higher levels than our conventional commercial growing fields. The benefits of terra preta are numerous but rely upon careful management to achieve such high fertility.

Scientists believe that part of the reason the soils are so deeply dark and rich is due to plant carbons which are retained in soil for thousands of years. These were the result of clearing the land and charring the trees. This is quite different from slash and burn practices.

Slash and char leaves behind durable, slow to break down carbon charcoal. Other theories suggest volcanic ash or lake sediment may have deposited on the land, fueling nutrient content. One thing is clear. It is through careful traditional land management that the lands retain their fertility.

The nutrient dense soil seems to have the ability to persist many centuries after the farmers who created it. Some speculate this is due to the carbon, but it is hard to explain because the high humidity and extreme rainfall of the area would tend to leach the soil of nutrients quickly.

To retain the nutrients, farmers and scientists are utilizing a product called biochar. This is the result of the waste from timber harvesting and charcoal production, using agricultural by-products such as those that remain in sugarcane production, or animal waste, and subjecting them to slow burning which produces char.

This process has brought about a new way of thinking about soil conditioners and recycling local waste. By creating a sustainable chain of local byproduct usage and turning it into a soil conditioner, the benefits of terra preta could be available in any region of the world.