What Is Zeolite: How To Add Zeolite To Your Soil 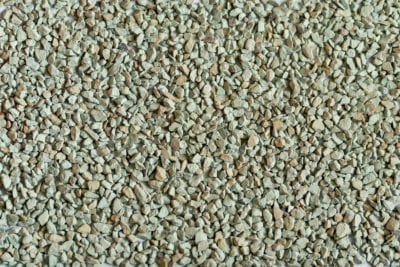 If your garden soil is compacted and dense, thus incapable of absorbing and retaining water and nutrients, you might try adding zeolite as a soil amendment. Adding zeolite to soil has a number of advantages including water retention and leaching properties. Interested in learning about zeolite soil conditioning? Keep reading to learn how to add zeolite as a soil amendment.

Zeolite is a crystalline mineral made up of silicon, aluminum, and oxygen. These components create cavities and channels inside the mineral that attract water and other small molecules. It is often referred to as a molecular sieve and is commonly used as a commercial absorbent and catalyst.

How Does Zeolite Soil Conditioning Work?

Because of all the channels inside the mineral, zeolite is capable of holding up to 60% of its weight in water. This means that when soil is amended with zeolite, the moisture content of the soil will increase. In turn, surface runoff is reduced which also protects soil from erosion.

Zeolite also reduces nitrate leaching from nitrogen-rich fertilizers by inhibiting the nitrification of ammonium to nitrate which reduces groundwater contamination.

The inclusion of zeolite into planting holes, applied around existing plants or combined with fertilizer, will improve the uptake of nutrients to the plants and, in turn, result in higher yields.

Zeolite as a soil amendment is also a permanent solution; microbes do not consume it so it doesn’t break down like other amendments. It resists compaction, increases permeation, and aids in the aeration of deep root systems.

Zeolite is 100% natural and suitable for organic crops.

How to Add Zeolite to Soil

Zeolite comes in a powder or granular form. While it is completely natural, before adding zeolite to soil, wear gloves and goggles to keep the mineral from blowing into your eyes.

Dig a pound of zeolite per square yard (0.5 kg. per 0.1 sq. m.) of soil or for potted plants; incorporate 5% zeolite into your potting medium.

Sprinkle half an inch (1.5 cm.) of zeolite atop a prepared area for new lawn turf and mix into the soil. Add a handful into a hole prior to planting bulbs.

Zeolite can give a compost pile a boost too. Add 2 pounds (1 kg.) to an average size pile to aid in decomposition and absorb odors.

Also, use zeolite to deter slugs and snails much as you would diatomaceous earth.