Dutch Hoe Uses – Learn About Weeding With A Dutch Hoe 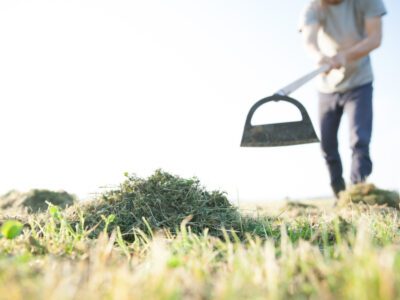 Hoeing wears out even experienced gardeners. The chopping motion required to get the blade in the ground then raise it up again is tiring, and it’s many gardeners’ least favorite chore. Maybe yours too. Your opinion of hoeing might change, however, when you start using Dutch hoes. This cool variation on the old tool makes hoeing much easier. Read on for info about Dutch hoe uses including tips for weeding with a Dutch hoe.

What is a Dutch Hoe?

Those who haven’t heard of this tool may ask: what is a Dutch hoe? It’s a new take on an old tool that takes the pain out of weeding. A Dutch hoe, also called a push hoe, doesn’t have the typical hoe blade with its 90-degree-angle. Instead, the blade of the Dutch hoe faces forward.

If you are wondering how to use a Dutch hoe, it’s not at all difficult. You just use a push-pull movement instead of a chopping movement.

Weeding with a Dutch Hoe

Weeding with a Dutch hoe is a very different process than weeding with a regular hoe. You won’t have to use that tiring movement where you bring the blade up and down as if you were chopping wood. That’s because Dutch hoes have one-slope blades that face forward. You hold the tool by its long, wooden handle and skim it just under the soil surface. It slices off weeds at the roots.

You can stand straight and tall as you are weeding with the Dutch hoe. This is better on your back and more effective for getting rid of weeds. The handle gives you sufficient leverage to do the job without breaking a sweat.

Once you learn how to use a Dutch hoe, you’ll realize the ease with which you can take out weeds. The steel blade of these hoes slices off weeds just below the soil both on the push and on the pull strokes.

What happens to the dirt that gathers on top of the blade? Most Dutch hoes are constructed with gap sections or holes in the blade to allow the soil to fall back to the ground as you keep using Dutch hoes.