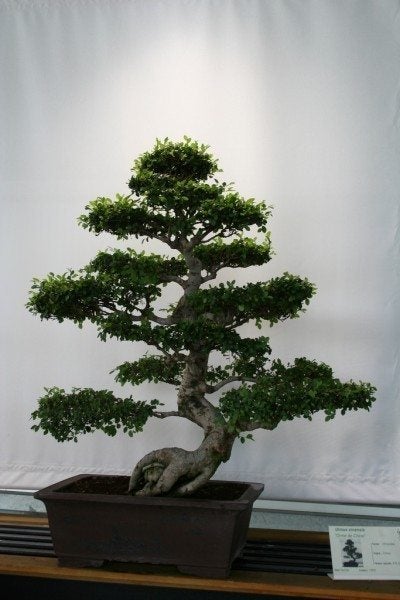 Bonsai are nothing more than ordinary trees grown in special containers. These are trained to remain small, mimicking larger versions in nature. The word bonsai comes from the Chinese words ‘pun sai,’ meaning ‘tree in a pot.’ Keep reading to learn more about the various bonsai pruning methods and how to start a bonsai tree.

Although it can be done (by experts), it is more difficult to cultivate bonsai trees indoors. Bonsai can be accomplished by growing seeds, cuttings, or young trees. Bonsai can also be made with shrubs and vines.

They range in height, from a couple inches (5 cm.) to 3 feet (1 m.) and are trained in various ways by careful pruning of the branches and roots, occasional repotting, pinching of new growth, and by wiring both the branches and trunk into the desired shape.

When styling bonsai trees, you should look carefully at the tree’s natural characteristics for help in choosing suitable bonsai pruning methods. Also, depending on the style, an appropriate pot must be selected, keeping in mind that most bonsai are positioned off-center.

Bonsai must to be pruned in order to keep them small. In addition, without root pruning, bonsai become pot-bound. Bonsai also need annual or bi-annual repotting. Just as with any plant, bonsai trees require moisture to survive. Therefore, bonsais should be checked on a daily basis to determine whether they require watering.

Unlike other bonsai styles, both cascade and semi-cascade are positioned in the center of the pot. As with slanting forms, the roots should appear to anchor the tree in place.

Now that you know some of the bonsai basics and popular bonsai pruning methods, you are well on your way in learning how to start a bonsai tree for your home.