How To Refresh Potted Plants – Is Changing Potting Soil Necessary 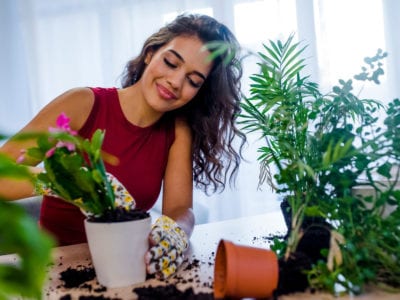 Good quality potting soil isn’t cheap and if your home is filled with houseplants or if you like to populate your outdoor space with flower-filled containers, potting soil can be a considerable investment. If this sounds familiar, you’ll be glad to learn that you don’t necessarily need to replace potting soil every year. How do you know when new potting soil is necessary? Here are factors to consider.

When New Soil in Containers is Necessary

When is it time to completely replace potting soil? Sometimes simply refreshing potting mix isn’t enough and you need to replace old potting mix with fresh mix. Consider the following:

How to Refresh Potted Plants

If your plants are doing well and your potting mix looks good, there’s no real reason for changing potting soil completely. Instead, refresh potted plants by replacing a portion of the existing potting mix with a combination of fresh, healthy materials.

Remove about a third of the existing potting mix, along with any clumps or remaining plant roots. Sprinkle a few handfuls of perlite over the old potting mix. Perlite is a key ingredient that allows air to move freely through the container. Add a healthy layer of fresh compost.

Your old potting mix doesn’t have to go to waste. Spread it over the soil in your flower beds or vegetable garden, then work it in lightly with a spade or rake. The old stuff won’t hurt a thing, and it may improve the quality of the soil.

The exception is if the potting soil is infested with pests or the plants in the pot were diseased. Put the potting mix in a plastic bag and discard it in a waste receptacle.