What Is Cool Grass: Learn About Cool Season Turf Grasses And Ornamentals 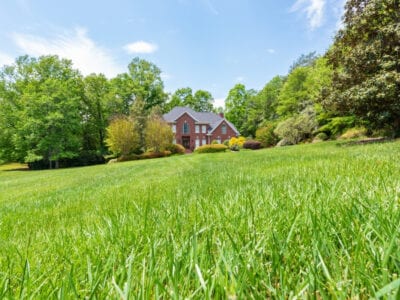 What is cool grass? Cool grass is suitable for temperate and colder climates. These plants grow best in spring and summer and go almost dormant in the winter when temperatures decline. There are many varieties, most of which are bunchgrasses. If you live in a cooler zone, the gardener must consider some important questions. For instance, “When can I plant cool season grasses and which cool season turf grasses are best for me?” Both questions are important in choosing the right grass and establishing it correctly.

What is Cool Grass?

Most cool season grasses are turf grasses. The plants do best in spring and fall when there is a plentiful supply of water. The most common types of cool season turf grasses include:

These types of grass begin to grow in spring and may be evergreen or turn brown in winter. They will also go dormant and brown in very hot summers unless they are provided with cover from the scorching rays of the sun and plenty of water.

There are some general characteristics which are crucial cool season grass identifiers and include:

Warm season grasses grow best in the southern parts of the United States, while cool season grasses perform well in temperate and northern climates. It is important to know which grass is most suited for your zone or you will have a brown or sickly lawn.

Designing with cool season ornamental grasses must take into consideration their propensity to “brown out” in summer. With some grasses, this creates a lovely halo effect, while others just look dead.

When Can I Plant Cool Season Grasses?

Conversely, warm grasses planted in fall will not germinate until spring, which is the optimum time to plant these types. The seed lies dormant until soil temperatures are warm.