Growing Bentgrass In Lawns – Best Bentgrass Varieties For Your Yard 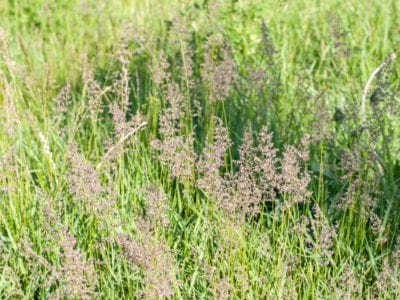 Cool-season grasses are especially suited for the Pacific Northwest and parts of New England. Bentgrass is used as a turfgrass in these areas. What is bentgrass? This perennial creeping grass is used alone or as part of a seed mix for golf courses, home lawns, and fields but it is native to Asia and Europe. There it grows wild and is common in many disturbed sites and in-home use.

Bentgrass spreads by stolons which connect and root at internodes. The dense mat it produces has shallow roots and fine, bluish-green foliage. This makes it an attractive and resilient turfgrass, able to withstand foot traffic and frequent mowing.

Bentgrass in lawns in the south is considered an interfering weed, but it is a useful species for cool zone lawns. The grass requires cool nighttime temperatures such as those found in the northern states and doesn’t produce well when evenings are warm.

There are several strains of bentgrass useful for turf. The south does use it as part of seed mixed lawns occasionally, but it dies back in heavy heat and doesn’t create a sustainable lawn where temperatures remain high consistently. The types of bentgrass found in the southern states are Emerald, Penn Links, Cato, Crenshaw, and Penneagle.

In the north, bentgrass varieties include Toronto, Cohansey, Nimisiila, Congressional, and some local blends.

Seaside is the oldest bentgrass variety. As the name indicates, it is used in coastal areas and the lawn created is multihued. Pengrass, another variety, is a more consistent producer. It has high disease resistance and is the most tolerant of foot traffic.

When used in the cooler locations, bentgrass is a low-maintenance, vigorous turfgrass with high water needs. In the south it is a problem child, requiring constant watering, mowing, fertilizing, and pest management, especially in the summer months.

Seeds or plugs are available for growing bentgrass, with seed establishment the most optimal method in the north and plugs for the south. Preparation of the turf bed is extremely important. Remove debris and rocks and rake out the bed to grade it and break up clods. Seed at a rate of 50 pounds per 1,000 square feet (22.5 kg. per 93 sq. m.) and then cover with a light dusting of sand mixed with compost. Keep the area evenly moist until germination.

Once the turf is established, apply a nitrogen fertilizer in early spring in the north and once monthly during October to May in the south. Follow with plentiful water and mow bentgrass no lower than ¼ inch (0.5 cm.) for the best conditions.