Heirloom Flower Bulbs: What Are Heirloom Bulbs And How To Grow Them 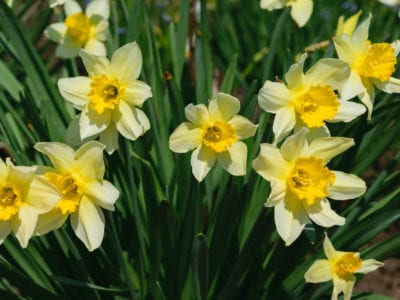 Antique garden plants such as heirloom flower bulbs have become quite popular in the home garden, especially for those of us seeking the same ambiance as that of our grandmothers’ gardens. As with any flowering bulb, growing heirloom bulbs is easy, though finding them may be tricky. Yet when you do, it’s well worth the hunt. So exactly what are heirloom flower bulbs anyway and how are they different than your average flower bulb? Keep reading to find out.

What are Heirloom Flower Bulbs?

Heirloom flower bulbs come from open-pollinated varieties that have survived for generations. They are in a sense the originals to those grown today – most of which are hybridized. While opinions may vary, antique garden plants are generally considered heirlooms if dated prior to the 1950s and earlier.

Heirloom bulbs offer special qualities that differ from those sold today, like stronger fragrances. They are also genetically diverse and unique. While there are no major differences among bulb species, the cultivars are very different. In fact, true cultivars of an heirloom bulb are propagated asexually through division or chipping (cutting bulbs into pieces). Those grown from seed may not result in identical plant cultivars.

Unfortunately, many types of heirloom bulbs are actually passed off as being heirlooms when, in fact, they are substituted and sold as another similar variety instead. There are a couple ways, however, in which you can get around these unsavory tricks of the trade:

Growing heirloom bulbs in the garden is virtually carefree and these bulbs are disease resistant, requiring no additional treatment than those grown today. There are a number of worthy antique garden plants to choose from, though only a handful of favorites are listed here.

For spring-blooming heirlooms in the garden, which are normally planted in autumn, look for these beauties:

Some favorites for the summer/fall garden, which are planted in spring, include (Note: these bulbs may need to be dug up and stored over winter in cold regions):