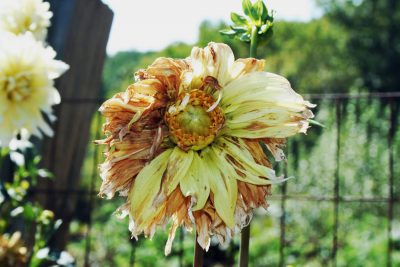 Dahlias, available in an incredible range of sizes, colors, and forms, grace your garden from midsummer to the first frost in autumn. Dahlias aren’t as difficult to grow as you may think, but proper care may prevent certain dahlia flower diseases. Read on to learn more about a few of the most common diseases in dahlias.

Below you will find the most common diseases in dahlia plants:

With the exception of viral diseases, which are transmitted by insects, most common dahlia diseases are the result of damp, humid conditions, overwatering or poorly drained soil. The best way to control disease is to ensure soil is well drained and that plants aren’t crowded.

Don’t water dahlia tubers until sprouts appear above the soil. After that time, a couple of deep waterings per week is usually adequate. Water at the base of the plant and avoid wetting the foliage.

As far as dahlia disease treatment goes, some diseases, including powdery mildew and gray mold, can be treated by fungicides applied when the disease is first noticed. Fungicides can also be used as a preventive measure.

Unfortunately, many diseases are fatal, and the best recourse is to start fresh with new, disease-resistant tubers.