How To Grow Agave For Nectar: Growing And Harvesting Blue Agave Syrup 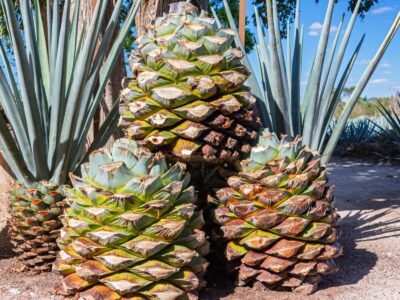 At one time growing blue agave was most notable for its production into tequila, but today blue agave nectar is giving the liquor a run for its money. Blue agave sweetener is being featured more often due to its low glycemic index, a boon for diabetics and others monitoring their sugar intake. Blue agave nectar and tequila aren’t the only uses for the versatile blue agave plant however.

The blue agave plant is used to make another alcoholic drink called pulque. A sweet liquid is captured after the flower stem is cut just prior to flowering and is then fermented.

For the production of tequila and mezcal, the sugars are extracted from the heart of the blue agave plant and then distilled. Mezcal is similar to tequila but only made in select regions and from specific varieties of agave.

Blue agave sweetener is a natural sweetener that belongs to a class of carbohydrates called fructans. Fructans are rich in inulin, which has a minimal impact on blood sugar. It also increases calcium absorption and promotes probiotic bacteria.

Blue agave plants consist of a rosette comprised of long, spear-shaped, fleshy barbed leaves. There are over 200 species of agave. As the name implies, the leaves of blue agave are blue/green.

Hardy plants, blue agave are deer resistant and drought tolerant, although they should be grown in a frost free region. The most commonly grown is A. americana or century plant. Despite the name, the plant only lives 10-30 years. At the end of its life cycle, the plant sends up a tall flower stalk topped with yellow blooms. The plant is propagated via rhizomes which send up “pups” or new plants.

To prolong the life of the plant, cut off the flower stalk. Blue agave plants can be container grown, but will need to be repotted each year. Prune out any dead or damaged leaves each year with pruners or if need be a saw. Take care handling the plant as some people experience contact dermatitis resulting from calcium oxalate crystals or raphides.