Oozing Cactus Plants: Reasons For Sap Leaking From A Cactus 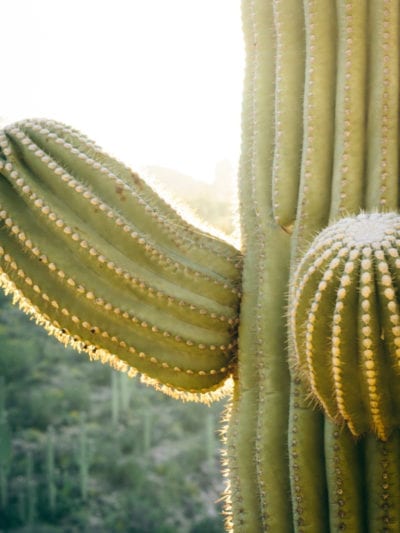 It can be frustrating to find one of your prized cactus plants leaking sap. Do not let this put you off, however. Let’s take a look at reasons for sap leaking from a cactus plant.

Why is My Cactus Oozing Sap?

There are several reasons for sap leaking from a cactus. It could be an indication of a fungal disease, pest problem, tissue injury, or even the result of freezing or excess sun exposure. You will need to become a detective and round up the clues to diagnose the issue by the process of elimination. It’s important to verify that correct care is given, as improper cultivation can also be a cause of a cactus oozing sap. Put your frock coat and bowler on and let’s get investigating!

Oozing cactus plants can be the result of a number of different things. Overwatering, poor drainage, lack of light, too much concentrated sun, and even the type of water you use can all cause tissue damage and release cactus sap.

When improper cultivation is applied, the plants can experience rot, sunburn, and even mechanical damage. Since cacti store water in their stems and pads, any ruptured area will weep fluid. Most cacti will heal from small injuries but their vigor may be greatly reduced.

In the mid 1990’s, botanists were concerned about the Saguaro cacti, which were oozing black sap. The cause was widely debated but never fully determined. Pollution, ozone depletion, and the removal of the larger “nurse” saguaro plants likely contributed to the giant cacti’s health problems.

More common to the home grower, however, are fungal and bacterial diseases that cause a defensive reaction in the plant, resulting in sap leaking from a cactus. The cactus sap may appear to be brown or black, which indicates a bacterial problem. Fungus spores may be soil or air borne.

Repotting the cactus every two years can help minimize the chance of bacterial issues and keeping the soil dry to the touch reduces the formation of fungal spores.

Cacti that are growing outside can fall victim to many pests. Birds can peck at the trunks, rodents chew on the flesh, and smaller invaders (such as insects) may wreak havoc on the plants. For instance, the cactus moth is a scourge of cacti. Its larva cause yellowing of the skin and oozing cactus plants. These moths are predominantly found on the Gulf Coast.

Other larval forms cause cactus oozing sap during their burrowing. Watch for their presence and combat by manual removal or organic pesticides.

What to Do to Save Oozing Cactus Plants

If the flow of sap is severe enough to damage the health of your plant, you may be able to save it by replanting or propagating the healthy portion. If the top is still vigorous and firm, but the lower part of the plant is where the injury has occurred, you can cut it off.

Remove the healthy part and let the cut end dry out for a few days and callus. Then plant it in clean cactus mix. The cutting will root and produce a new, hopefully healthier plant.