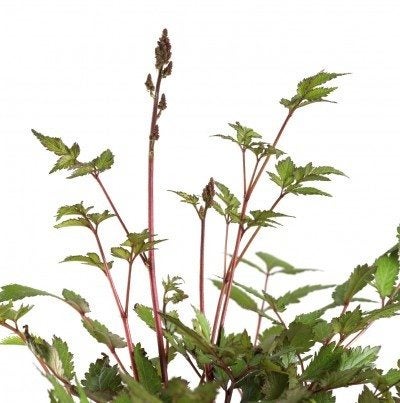 Astilbe is one of America’s most loved ornamental plants, and with good reason. This hardy perennial produces masses of blooms surrounded by lacy, fern-like foliage. Astilbe is generally a reliable bloomer, but if your astilbe won’t bloom, there are several possible causes. Read on to learn more about why your astilbe stopped blooming.

Why is My Astilbe Not Blooming?

You may be wondering how to keep astilbe blooming, especially if you notice yours isn’t flowering like it was before. Here are the most common reasons for blooming troubles and how to remedy them:

Soil and Moisture – Although astilbe prefers organic, well-drained, acidic soil, it’s important that the plant is relatively moisture retentive. The soil shouldn’t be allowed to become bone dry and may require more frequent irrigation during hot, dry weather. Avoid frequent, shallow irrigation, however, which produces weak, shallow roots. As a general rule, one deep watering per week is adequate. A layer of mulch helps keep the roots evenly moist. Replace the mulch as it decomposes or blows away.

Sunlight – While astilbe usually tolerates moderate sunlight, most astilbe varieties perform best in shade. If your plant is in full sunlight, provide shade (especially during hot afternoons) or consider moving the plant to a more suitable location. Also, keep in mind that astilbe planting in bright sunlight will require more frequent irrigation.

Fertilizer – Astilbe plants are heavy feeders and may not bloom without adequate nutrition; this is a common reason for an astilbe that is not flowering. Provide a slow-release fertilizer with a ratio of 3-1-2 in spring, and then feed the plant a high-nitrogen fertilizer when the plant is setting buds in late summer or early autumn. If possible, amend the soil regularly with compost or well-rotted manure.

Maintenance – Astilbe benefits from division when the plant is at least three years old. Although astilbe doesn’t usually need much pruning, removing spent blooms and flower stalks throughout the blooming season helps keep the plant neat. However, this isn’t a requirement and unlike many blooming plants, deadheading won’t promote more blooms. If you like the appearance of the stalks and seedpods, feel free to leave them in place until spring.

Printer Friendly Version
Read more about Astilbe
<PreviousNext>
Did you find this helpful? Share it with your friends!
FacebookTweetPinEmail
Related Articles
Newest Articles
You might also like…
Additional Help & Information