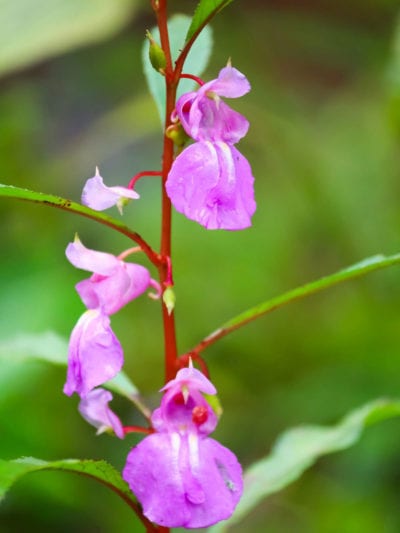 Balsam requires 60 to 70 days from sowing to produce flowers, so an early start is essential. Learn how to grow balsam and enjoy these lovely colorful flowers through the end of the season. Try growing Balsam plants from seed if you have a long growing season, or pick them up at your favorite nursery. Balsam plant care is trouble-free due to its resistance to many common garden pests. It may be plagued by soil nematodes, powdery mildew or Oedema, but these problems are relatively infrequent.

Balsminaceae impatiens is a common sun to partial shade flowering annual. It is easy to grow and widely available at nurseries and garden centers. Impatiens balsamina is known by the common name balsam or by the umbrella moniker of impatiens, which covers a wide variety of forms and tones. Balsam may also be found as “Rose Balsam.”

The flowers bear double petals and come in an array of colors but are partially hidden by large attractive leaves with pronounced veins. Balsams come in white, red, orange, yellow, violet, and pink. These flowers resemble mini roses or camellias with the thickly spaced petals and tones.

Some fun balsam plant information is found in another of its names: touch-me-not. The name is owing to the end of season pods which form and burst at the slightest touch.

How to Grow Balsam

Start plants indoors for an earlier color show. You may direct sow in warmer climates where soils warm up early in the spring, but the majority of gardeners will find that sowing in flats at least 8 weeks before the date of the last frost will yield the best plants.

Cover the seeds with just a dusting of soil and keep moist. In garden flats, cover the top of the soil with plastic to encourage germination and keep in moisture. Expect germination when growing balsam plants from seed in approximately 10 to 15 days.

Young balsam plant care should include a time release fertilizer at transplant, when plants are at least 2 inches (5 cm.) tall and have a good root base.

Water the plants from below to help prevent powdery mildew. A soaker hose or drip line system will assist with this method of watering. The plants will need supplemental watering at least once a week in the dry months. More frequent watering is necessary when caring for balsam in containers and hanging baskets.

Collect the seed pod carefully at the end of the season for another year of rose balsam beauty in your garden. Let the pod dry and keep in a closed plastic bag or jar in a dark, cool area of the home until spring.