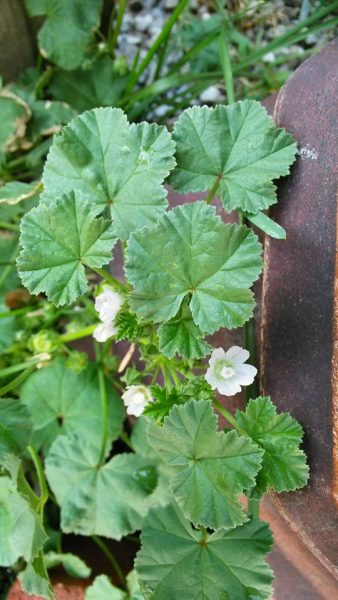 Mallow weeds in landscapes can be especially troubling for many homeowners, wreaking havoc in lawn areas as they seed themselves throughout. For this reason, it helps to arm yourself with information on mallow weed control. Keep reading to learn more about how to get rid of common mallow in the lawn and garden.

Common mallow (Malva neglecta) came from Europe to North America and is a member of the Malvaceae family, which also includes such desirable plants as hibiscus, okra, and cotton. Another species of common mallow mostly seen in Europe is M. sylvestris, which can be distinguished from the U.S. variety by its purplish pink color. M. neglecta typically has pale pink to white flowers. Depending on the climate it is in, common mallow weeds are annuals or biennials.

Frequently found in open areas, cultivated lands, gardens, landscapes, and even new lawns, mallow weed control is a popular topic of conversation amongst gardeners. Mallow weeds are particularly troublesome in new lawns where they can produce a tremendous number of seeds long before a homeowner may even know that there is a weed control problem.

Mallow weeds have an extremely deep tap root and spread close to the surface of the ground. One plant can reach as far out as two feet (61 cm.). Leaves are rounded with two to five lobes and tiny flowers appear in the spring, lasting through the fall– again, the blooms may be pinkish white to purplish pink depending on species and where you’re located.

Some people get it confused with ground ivy, whose stems are square, while the mallow is round. Although mallow weeds may be obnoxious to gardeners, the leaves are edible and taste lovely in salads.

How to Get Rid of Common Mallow

No matter how tasty mallow may be, it is not often a welcome visitor in the garden or lawn. Getting rid of this persistent plant is not an easy chore either. Mature mallow seems to be incredibly resistant to most common herbicides.

One of the best ways to control this weed in lawns is to make sure your turf is thick and healthy. A healthy turf will choke out the weed and not allow the seeds to spread.

If you have a small problem section, you can also pull the weeds before they go to seed, though all of this may prove ineffective, partly because seeds can lay dormant for years before sprouting. Controlling mallow can definitely be a frustrating task at best. Pulling, hoeing, or weeding works well when plants are very young and you must keep a constant eye to keep up on them.

If you choose to use a herbicide to reduce the number of mallow weeds in your landscape, be sure to read the directions thoroughly and take the necessary safety precautions. Herbicides work best, like weeding, when the plants are young and in their vegetative state. Do not allow pets or children on a sprayed lawn area immediately after spraying. Never eat a mallow plant that has been sprayed with an herbicide.

Printer Friendly Version
Read more about Mallow
Next>
Did you find this helpful? Share it with your friends!
FacebookTweetPinEmail
Related Articles
Newest Articles
You might also like…
Additional Help & Information