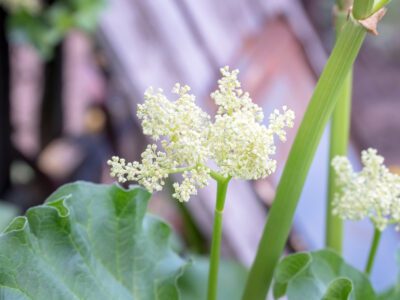 Filipendula, dropwort, meadowsweet, queen-of-the-prairie, queen-of-the-meadow; no matter what you call them, dropworts in the garden are always welcome. Species of Filipendula are found all over the world and when you look up dropwort meadowsweet info, you’ll find that each of the many common names refers to a different species of the same genus.

For centuries, people learned how to grow dropworts for medicinal purposes. An infusion of dropwort tea was used to treat minor pain and headache and in 1839, scientists discovered what herbalists had known all along. It worked. Salicylic acid, aspirin to we layfolk, was first extracted from the flowers of Filipendula ulmaria, queen-of-the-meadow, way back then. Maybe it’s the name, but you rarely read about dropworts in the garden anymore and yet they make such a beautiful and easy care addition.

Dropwort meadowsweet info is often found under the Latin Filipendula. Dropwort/meadowsweet is a member of the rose family. It grows in spreading clumps that usually reach about three feet (1 m.) high and three feet (1 m.) wide and it’s a hardy perennial in USDA plant hardiness zones 3 through 8. Though it prefers cooler climates, as long as your dropwort plant care includes plenty of water, it does well in the south too.

Information on How to Grow Dropworts in the Garden

Dropworts in the garden do double duty; first for its clusters of tiny flowers that range from white to deep pink in early to midsummer and second, for its lovely foliage sported by all species of dropwort. In the garden the long leaves, pinnately decorated with seven to nine feathery leaflets, give a fern-like appearance that contrasts nicely and softens the look of some of nature’s plainer and more solid leaves. Due to their height, dropworts are usually found in the back or middle ground of the garden bed.

There’s nothing extraordinary about how to grow dropworts. The plant likes the sun, but will tolerate some shade and isn’t subject to any pests or diseases except the rare case of powdery mildew and the dreaded Japanese beetle. It does best in slightly alkaline soils, but will do fine in average, neutral soils as well.

Like most plants they prefer moist, fertile soil, but since there’s nothing fussy about a dropwort, plant care is simple. Water regularly during the transplant season so the plant becomes well established and then let the rain do most of the work.

Fertilize in the spring when new growth appears, but don’t get carried away. You’ll want flowers as well as foliage.

Dropworts are moderate growers and definitely not invasive. Once you have one, you’ll probably want another. Propagation is as easy as dropwort plant care. There’s not much to it. There are two ways to accomplish this. Every three or four years, you can divide the plant’s tough roots into three or four clumps or keep your eye out for self-sown seedlings, which seem to have better success at germinating (and much less fuss) than from store bought seed. Dig a hole twice as large as the roots of the transplant and settle the plant to the same depth as you found it. Backfill with good, rich soil and water regularly. That’s all it takes.

Whether you call it Filipendula, dropwort, meadowsweet, or any of the other common names by which it is known, everyone should try dropworts. Plant care is easy and the results are well worth it.