Ancient Flowers – Learn About Flowers From The Past 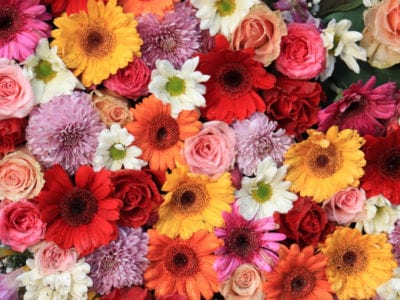 From maintaining carefully planned landscapes to a short walk in the park, beautiful, bright flowers can be found all around us. While it’s interesting to learn more about the commonly seen plant species that can be found in flower beds, some scientists choose to explore the fascinating history of ancient flowers. Many may be surprised to learn that these prehistoric flowers are not so different from many of those which grow today.

Flowers from the Past

Old flowers are fascinating in that they were not initially the primary mode of pollination and reproduction in many instances. While seed producing trees, like conifers, are much older (around 300 million years), the oldest flower fossil currently on record is believed to be roughly 130 million years old. One prehistoric flower, Montsechia vidalii, was believed to be an aquatic specimen which was pollinated with the assistance of underwater currents. Though information regarding flowers from the past is limited, there is evidence which allows scientists to draw conclusions about their characteristics and likeness to modern day blooms.

Like many of today’s flowers, it is believed that old flowers had both male and female reproductive parts. Rather than petals, these ancient flowers showed only the presence of sepals. Pollen was likely held high on stamens, in hopes of attracting insects, which would then spread the genetic material to other plants within the same species. Those who study these flowers from the past agree that the shape and the color of flowers likely began to change over time, allowing them to become more attractive to pollinators, as well as developing specialized forms which were more conducive to successful propagation.

Inquisitive gardeners wishing to know what the first recognized flowers really looked like can find photos online of these unique specimens, many of which had been well preserved in amber. Flowers within the fossilized resin are believed to date back nearly 100 million years.

By studying flowers from the past, growers can learn more about how our own garden plants came to be, and better appreciate the history present within their own growing spaces.