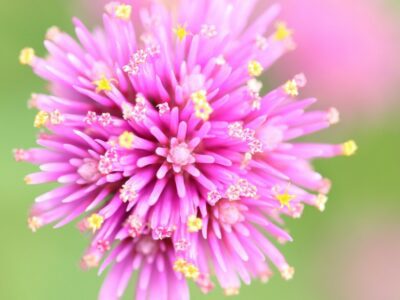 It doesn’t need to be a holiday to enjoy fireworks. Using a firecracker plant in the landscape lends a celebratory feel to our most special occasions. In the U.S., Fourth of July flowers laud our nation’s birthday and provide blazing appeal throughout the growing season. Whether you choose an Independence Day flower or plant, these wild specimens pack some pow in the garden.

About Fourth of July Flowers

Many U.S. citizens adorn their gardens with blooms in hues of red, white, and blue to herald the Fourth of July. American flags may be dotted around the landscape, and patriotic bunting and other touches are displayed proudly.

Fireworks came to us from the Chinese, who named their explosive shells after flowers. The resulting explosions mirrored the forms of our most lovely blooms. There are Chrysanthemum, Lotus, Peony, Morning Glory, and of course Ground Bloom pyrotechnics. They were called Flowers of Fire and traveled to many other cultures as commemorative symbols. While the pyrotechnic displays took many of their names from flowers, nature has many examples of plants that produce explosions of color, perfect for an Independence Day flower garden.

There are several blooming plants that have the “Fireworks or Firecracker” appendage attached. Orange Marmalade Firecracker flower has slightly frilled, orange flowers. For a small shrub, Fireworks Gomphrena boasts hot pink bracts with arresting yellow stamens. Fireworks Agapanthus has delightful, strappy leaves and glorious clusters of blue, tubular blooms. Sparkler Cleome does not have “fireworks” in the name, but truly does look like a bursting shell with erect pistils and stamens. It comes in many hues and blooms from spring to fall.

Pennisetum grasses are classic ornamental plants with striking displays. The Fireworks variety has showy, variegated leaves decorated with green, hot pink, white, and cream. The real stand out is their inflorescence. Bright pink, fox-tail like plumes appear in mid to late summer and hang around until the cold appears.

There are other fireworks related forms of this Fountain Grass such as Cherry Sparkler and Sky Rocket. Goldenrod Fireworks is an explosion of gold in summer, while Globe Amaranth Fireworks produces flowers that look like tiny flares in hot pink. Other plants in the theme: