What Is Geranium Rust – Learn About Treating Geranium Leaf Rust 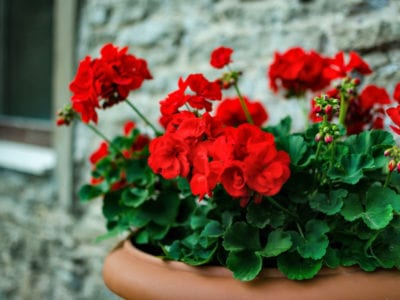 Geraniums are some of the most popular and easy-to-care-for garden and potted plants. But while they are usually low maintenance, they are prone to some problems that can be a real issue if left untreated. Geranium rust is one such problem. It’s a very serious and relatively new disease that can completely defoliate and even kill a plant. Keep reading to learn more about recognizing geranium leaf rust symptoms and managing and treating geraniums with leaf rust.

What is Geranium Rust?

Geranium rust is a disease caused by the fungus Puccinia Pelargonii-zonalis. It originated in South Africa, but over the course of the 20th century, it spread throughout the world, reaching the continental United States in 1967. It is now a serious problem for geraniums worldwide, particularly in greenhouses where quarters are close and humidity is high.

The best method of geranium leaf rust treatment is prevention. Only buy plants from reputable sources, and thoroughly inspect leaves before purchasing. Spores thrive in cool, damp conditions, and are especially prevalent in greenhouses.

Keep your plants warm, space them well for good airflow, and keep water from splashing on leaves during irrigation.

If you see signs of rust, immediately remove and destroy infected leaves, and treat the rest of the leaves with fungicide. If a plant is heavily infected, it may have to be destroyed.