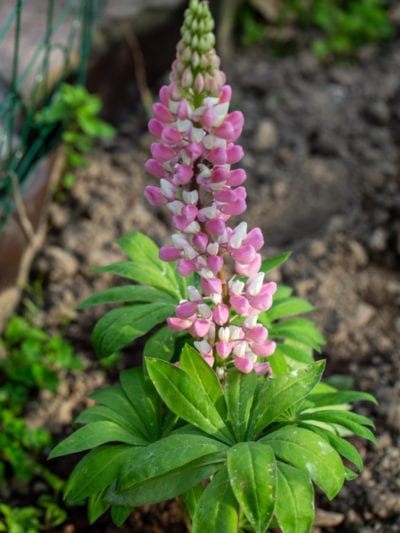 Bigleaf lupine is a big, tough, flowering plant that is sometimes grown as an ornamental but is also often battled as a weed. Keep reading to learn more about growing bigleaf lupines and when bigleaf lupine control is the best option.

What is a bigleaf lupine plant? Bigleaf lupine (Lupinus polyphyllus) is a member of the Lupinus genus. It sometimes also goes by the name garden lupin, Russell lupin, and marsh lupine. It is native to North America, although its exact origins are unclear.

Today, it ranges across the continent in USDA zones 4 through 8. The bigleaf lupine plant tends to reach a mature height of 3 to 4 feet (1 m.), with a spread of 1 to 1.5 feet (31-46 cm.). It likes rich, moist, fertile soil and full sun. It grows especially well in wet areas, like low lying meadows and stream banks.

In early to midsummer, it puts out tall, showy spikes of flowers in colors ranging from white to red to yellow to blue. The plant is a perennial, surviving even frosty zone 4 winters with its underground rhizomes.

While growing lupine plants in the garden is popular, growing bigleaf lupines is a tricky business, because they so often escape from gardens and take over delicate native environments. Check with your local extension office before planting.

Bigleaf lupines are so dangerous because they can spread effectively in two ways – both underground through rhizomes and aboveground with seeds, which can be carried inadvertently by gardeners and animals, and can remain viable in their pods for decades. Once they’ve escaped into the wild, the plants put out dense canopies of leaves that shade out native species.

Invasive populations of bigleaf lupine plants can sometimes be managed by digging up the rhizomes. Mowing before the plants flower will prevent the spread of seed and may effectively destroy a population over the course of several years.

In some parts of North America, bigleaf lupines do grow natively, so check before starting any management practices.

Printer Friendly Version
Read more about Lupine
<PreviousNext>
Did you find this helpful? Share it with your friends!
FacebookTweetPinEmail
Related Articles
Newest Articles
You might also like…
Additional Help & Information