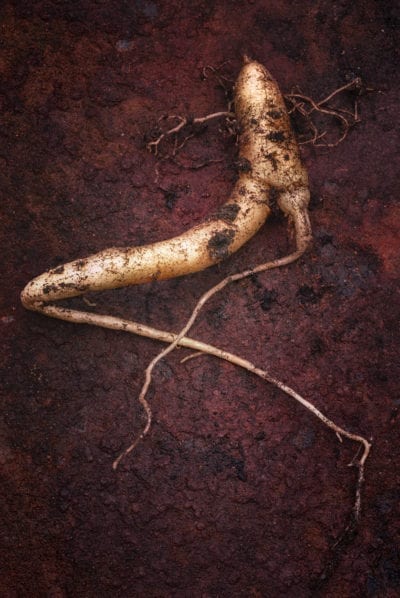 Mandrake, Mandragora officinarum, is a plant steeped in history and myth. Although care should be taken with it because it is toxic, growing mandrake can be a fun way to be a part of history. Mandrake winter care is important to consider, though, before you start growing this Mediterranean native.

Historical references to mandrake go back as far as the Old Testament. Many ancient cultures had myths surrounding the plant, including that it was a lucky talisman and that it was bad luck and a manifestation of the devil. Its medicinal properties have also been long known, most notably that it has narcotic effects. Up until medieval times, people still believed the root, which vaguely resembles the human form, emits a fatal scream when pulled from the earth.

More practically mandrake is a pretty, low plant with wide green leaves and delicate flowers. Native to the Mediterranean region, it does require warmer weather and is not too cold hardy. However, it is a cold weather plant in its natural environment, thriving best in spring and fall and disappearing in the heat of summer.

Mandrake cold tolerance is better than you might expect for a Mediterranean plant, but it is still only hardy to USDA zones 6 through 8. If you live in these areas, your plants should be fine outside in the winter and will tolerate frosts.

For many areas, mandrake winter protection is not necessary, but if you live in zone colder than those mentioned above, or you have an unusually cold winter coming, you can bring plants indoors. Only do this if you have to, though, as mandrake roots do not like to be disturbed.

You’ll also need to be sure to use a pot that is deep enough, as the taproot can be quite long. Use indoor grow lights; window light will generally be inadequate.

While mandrake cold tolerance is impressive, if you are trying to start this plant from seed, cold is necessary. These seeds are cold germinators, so you have a couple of options: stratify them with wet paper towels and keep the seeds in the refrigerator for a few weeks, or sow seeds outside in late fall to early winter. They should germinate over the winter, but they can still be picky. Don’t expect all seeds to germinate in the first season.

Printer Friendly Version
Read more about Mandrake
<Previous
Did you find this helpful? Share it with your friends!
FacebookTweetPinEmail
Related Articles
Newest Articles
You might also like…
Additional Help & Information