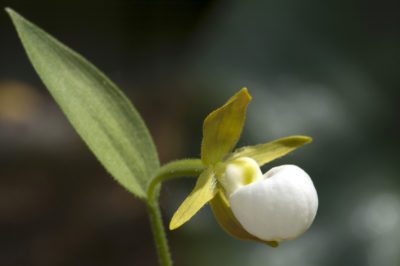 Wild orchid plants are beautiful gifts of nature growing in diverse habitats around the world. While many orchids grow in tropical or sub-tropical environments, many have adapted to harsh climates, including the far northern reaches of Alaska. Read on for more native orchid plant info, and learn why growing native orchids may not be a good idea.

What are native orchids? Native orchids are those that grow and have evolved naturally in a particular area or habitat without any help from human beings, either directly or indirectly. Of more than 30,000 orchid species identified thus far, at least 250 are native to North America. These wild orchid plants were present long before the arrival of European settlers.

Considering the vast number and diversity of wild orchid plants in North America and around the world, it’s nearly impossible to present a list of common types of native orchids. Not surprisingly, more than 120 species of native orchids have been identified in Florida alone. The ghost orchid (Dendrophylax lindenii) is one of the most well-known.

You may, however, be more surprised to learn that between 20 and 40 species have been identified in Alaska and central Canada, including several types of bog orchid and lady’s slipper.

Of the many native orchid species growing in North America, nearly 60 percent are listed as endangered or threatened at the federal or state level. This means that removing wild orchid plants from their habitat is not only destructive but may be illegal.

While most native orchids have never been abundant, they are more challenged than ever before, due primarily to habitat loss and climate changes in specific microclimates. This is why it’s a good idea to think twice before growing native orchids. If you choose to give it a try, be sure the orchid isn’t listed as endangered or threatened. Look for orchids that are available to the public through reputable nurseries.

Orchids depend on complex, symbiotic relationships with various fungi, which provide nutrients that orchids need to germinate and develop. Even botanists aren’t 100 percent sure how this relationship works or exactly what fungi are involved for specific orchid species. However, it is well known that wild orchid plants grow in areas with a diversity and abundance of fungi.

This explains why wild orchids are notoriously difficult to grow, even for expert gardeners with professional greenhouses. Although some native orchids are available to gardeners, growth is difficult to sustain and many of these plants tend to have very short lives.

Again, if you decide to give it a try, countless books have been written about the complex art of growing native orchids. The best place to start is with an open mind and several hours of careful research. Good luck!