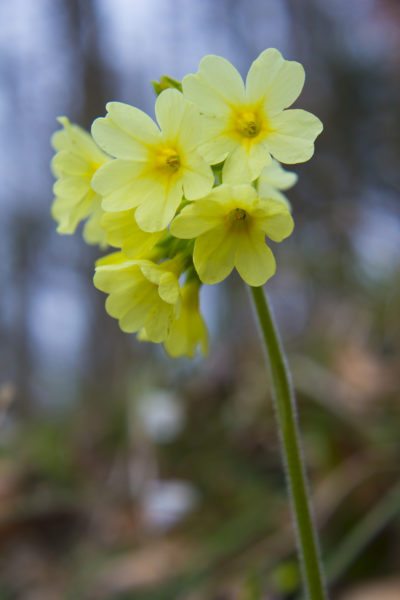 Oxlip primrose plants are suitable for growing in USDA plant hardiness zones 4 through 8. Like primrose, oxlips are among the first plants to appear in early spring. The pale yellow, primrose-like blooms attract bees and other pollinators to the garden. If this has piqued your interest, read on for more oxlip plant information.

Also known as true oxlip or oxlip primrose plant, oxlip (Primula elatior) is a member of the primrose family and the leaves look quite similar. However, oxlips are tougher and more able to withstand heat and drought than its more sensitive cousins.

The plant is commonly confused with another closely related primula known as cowslip (P. veris), which is similar looking but has smaller, bright yellow flowers (with red dots inside) and are bell shaped.

Oxlip plants are frequently found growing wild. Although the plant prefers woodlands and moist meadow environments, it does fine in gardens.

Autumn is the best to plant oxlips seeds outdoors if your winters are mild. Sprinkle the seeds on the surface of the soil, as they won’t germinate without sunlight. The seeds will germinate the following spring.

You can also plant oxlip seeds inside about eight weeks before the last frost in spring. Prepare for planting three weeks ahead by mixing the seeds with damp peat moss or potting mix, then store the bag in the refrigerator. The 3-week chilling period mimics the natural outdoor chilling period.

Fill a planting tray with moist potting mix, then plant the chilled seeds on the surface. Place the tray in indirect light, where temperatures are maintained about 60 F. (16 C.) Watch for the seeds to germinate in two to six weeks. Transplant the oxlip primrose plants after the last frost in spring.

Once planted, oxlip plants require very little care. Water moderately and feed the plants before flowering time in spring. A layer of mulch keeps the roots cool and moist during the summer months.