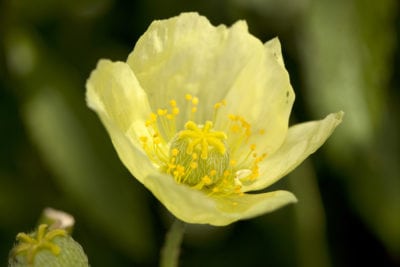 Alpine poppy (Papaver radicatum) is a wildflower found in high elevations with cold winters, such as Alaska, Canada, and the Rocky Mountain region, sometimes growing as far south as northeastern Utah and northern New Mexico. Believed to be one of the world’s most north-growing plants, alpine poppies are also found in northern Norway, Russia and the fjords of Iceland. If you’re a chilly climate gardener, you’ll definitely want to learn about growing alpine poppies.

Also known by the common names of rooted poppies or arctic poppies, these poppies are perennials, but they don’t do well in warm temperatures. They are often grown as cool weather annuals, suitable for gardens in USDA plant hardiness zones 2 through 6.

In spring and early summer, alpine rooted poppy plants produce fern-like leaves and showy flowers with papery petals of orange, yellow, salmon red or cream. However, the plants may not produce blooms the first season, as they may require one season of dormancy.

Alpine poppies are short-lived, but usually reseed themselves generously.

Prepare the soil first by loosening the soil and removing weeds from the planting area. Dig in a generous amount of compost or other organic matter, along with a little all-purpose fertilizer.

Sprinkle the seeds over the soil. Press them lightly, but don’t cover them with soil. Thin seedlings if necessary, allowing 6 to 9 inches (15-23 cm.) between plants.

Water as needed to keep the soil slightly moist until the seeds germinate. Thereafter, water at the base of the plants when the soil is dry. If possible, avoid overhead watering.