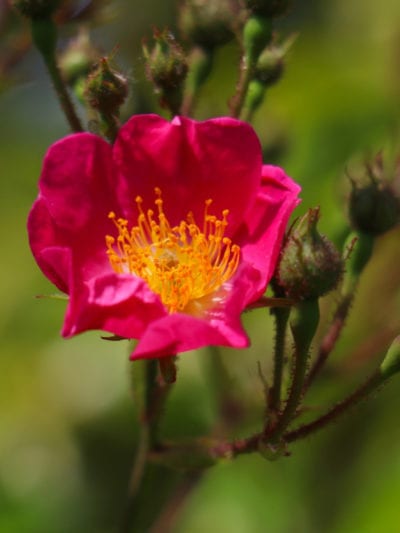 One of the things I love about growing roses and gardening in general is that there is always something new to learn. Just the other day I had a nice lady ask me for help with her Nootka roses. I had not heard of them before and dug right into researching and found them to be a fascinating species of wild rose. Keep reading for more information about Nootka rose plants.

Nootka roses are basically wild or species roses named after an island off Vancouver, Canada named Nootka. This wonderful rose bush separates itself from other wild roses in three ways:

Nootka rose plants can be found in several areas of the United States but may well have crossed with one of the other local wild/species roses, as it will easily cross with other such roses. The Nootka rose is a rose of many uses too: