What Is Rose Balling: Reasons For Rosebuds Dying Before Opening 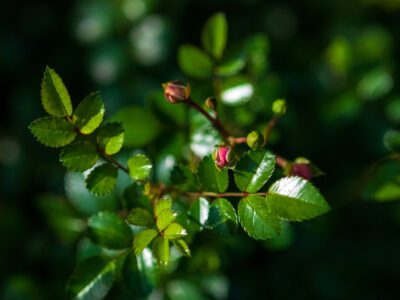 Image by Nadya So

Are your rosebuds dying before opening? If your rosebuds won’t open into beautiful flowers, then they are likely suffering from a condition known as rose flower balling. Read on to learn more about what causes this and how to fix the problem.

What is Rose Balling?

Rose “balling” normally happens when a rosebud forms naturally and begins to open, but once the new swollen bud gets rained on, soaking the outer petals, and then subsequently dries too quickly in the sun’s heat, the petals fuse together. This fusion does not allow the petals to unfurl like they normally would, resulting in rosebuds dying before opening or failing to open at all.

Eventually, the fused ball of petals dies and falls off of the rose bush. If seen by the gardener prior to falling, the bud may appear to have been infected with mold or fungus, as the buds can become slimy once it starts dying.

The cure for rose flower balling is actually more an act of prevention than anything else.

Thinning or pruning rose bushes so that there is good air movement through and around may help. When originally planting roses, pay attention to the spacing of the bushes so that the foliage does not become too dense. Thick, dense foliage opens the door for fungal attacks to hit rose bushes, and hit them hard. It can also make rose balling more likely to occur.

Botrytis blight is one such fungal attack that can cause this balling effect. New buds attacked by this fungus stop maturing and the buds become covered with a fuzzy gray mold. The stems below the bud usually start turning a pale green and then brown as the fungal disease spreads and takes hold. Mancozeb is a fungicide that will help prevent an attack of botrytis blight, though some copper fungicides are effective as well.

The best practices appear to be the proper spacing of the rose bushes when planted and keeping up with pruning them. In some cases, if the balling condition is spotted soon enough, the outer fused petals can be carefully separated away such that the bloom may continue to open as it naturally would.

Just as with any problems with roses, the earlier we notice things, the quicker and easier it is to bring the problem to an end.