Can You Eat Sweet Peas – Are Sweet Pea Plants Toxic 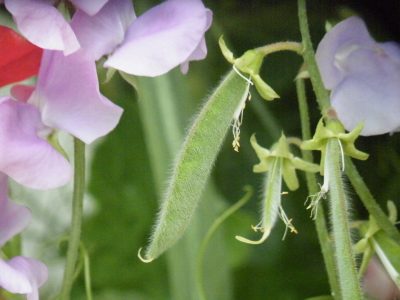 While not all varieties smell so sweet, there are plenty of sweet-smelling sweet pea cultivars. Because of their name, there is some confusion as to whether you can eat sweet peas. They certainly sound like they might be edible. So, are sweet pea plants toxic, or are sweet pea blossoms or pods edible?

Sweet peas (Lathyrus odoratus) reside in the genus Lathyrus in the family Fabaceae of legumes. They are native to Sicily, southern Italy, and the Aegean Island. The first written record of the sweet pea appeared in 1695 in the writings of Francisco Cupani. He later passed the seeds onto a botanist at the medical school in Amsterdam who later published a paper on sweet peas, including the first botanical illustration.

Darlings of the late Victorian era, sweet peas were cross-bred and developed by a Scottish nurseryman by the name of Henry Eckford. Soon this fragrant garden climber was beloved throughout the United States. These romantic annual climbers are known for their vivid colors, aroma, and lengthy bloom time. They blossom continuously in cooler climates but can be enjoyed by those in warmer regions as well.

Sow seeds in the early spring in the northern regions of the States and in the fall for southern areas. Protect the delicate blossoms from the ravages of intense afternoon heat and mulch around the plants to retain moisture and regulate soil temps to extend the bloom time of these little beauties.

Since they are members of the legume family, people often wonder, can you eat sweet peas? No! All sweet peas plants are toxic. You’ve probably heard that pea vine can be eaten (and boy, is it delicious!), but that is in reference to the English pea (Pisum sativum), a completely different animal than sweet peas. There is, in fact, some toxicity to sweet peas.

The seeds of sweet peas are mildly poisonous, containing lathyrogens that, if ingested, in large quantities can cause a condition called Lathyrus. Symptoms of Lathyrus are paralysis, labored breathing, and convulsions.

There is a related species called Lathyrus sativus, which is cultivated for consumption by humans and animals. Even so, this high protein seed, when eaten in excess over prolonged periods, can cause a disease, lathyrism, that results in paralysis below the knees in adults and brain damage in children. This is generally seen to occur after famines where the seed is often the only source of nutrition for extended periods of time.

Printer Friendly Version
Read more about Sweet Peas
<PreviousNext>
Did you find this helpful? Share it with your friends!
FacebookTweetPinEmail
Related Articles
Newest Articles
You might also like…
Additional Help & Information