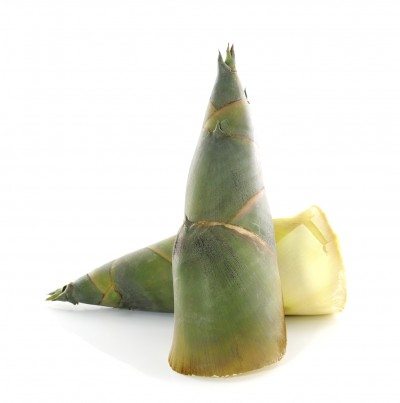 For many of us, the only source of crunchy bamboo shoots is the small cans found in the grocery store. However, you can grow your own nutrient rich source of this versatile food while also adding dimension and drama to your garden. So if you are a bamboo shoot fan, read on for more information on how to grow bamboo shoots for eating.

What are Bamboo Shoots?

Bamboo is in the grass family of plants and grows fairly easily and rapidly in a variety of zones. The canes are a traditional source of food, fiber, building material, and medicinal use. What are bamboo shoots? They are simply the newly sprouted canes that form just under the soil and have a firm, crisp texture.

Bamboo grows from rhizomes, which are underground stems carrying the genetic material necessary for growth and featuring growth nodes which are sprouting points on the stem. You may have a clumping or running variety of bamboo, but each will still start from rhizomes.

Are bamboo shoots edible? Bamboo shoots are edible in most varieties and provide a nice crunch in stir fries and other recipes. In many Asian countries, bamboo shoots as vegetables are harvested as a national crop. The shoots are classic ingredients in Chinese and other Asian foods, but result from the sprouts of new growth on a mature bamboo plant.

Not only are bamboo shoots edible but they are low in fat and calories, easy to grow and harvest, as well as containing loads of fiber and potassium. They have a very mild taste but they accept the flavors of other foods easily and can blend into almost any cuisine.

Bamboo shoots need to be peeled before using in cooking, as the culm has a thick, almost woody, exterior that is hard to chew. Inside the peel is a softer texture with a slightly sweet but benign flavor. Culms or shoots are harvested at two weeks or when just about the size of a mature ear of sweet corn. The sprouting season for harvesting bamboo shoots is in spring and lasts only about three to four weeks.

The best tasting sprouts are very young and harvested prior to emerging from the soil, but you can mound dirt over any that have surfaced to keep the sprout tender and allow it to grow larger.

How to Grow Bamboo Shoots for Eating

Any gardener with a stand of bamboo can easily harvest and enjoy their own shoots. The tender growths are best when harvested before showing their tips above the soil. Excavate around the base of the main plant to find the shoots and excise them with a sharp knife. You can grow them larger by covering the tips with a heap of soil to prevent the shoot from meeting the light, which will harden the sheath.

Harvesting bamboo shoots early provides the highest nutrient density and best texture and flavor. The new shoots have crispness similar to young asparagus but must be peeled and cooked for 20 minutes prior to ingestion to remove the woody exterior and any bitterness in the shoot.

Growing bamboo shoots as vegetables will increase the diversity of your family’s diet and add dimension to your recipes.

Printer Friendly Version
Read more about Bamboo
<PreviousNext>
Did you find this helpful? Share it with your friends!
FacebookTweetPinEmail
Related Articles
Newest Articles
You might also like…
Additional Help & Information