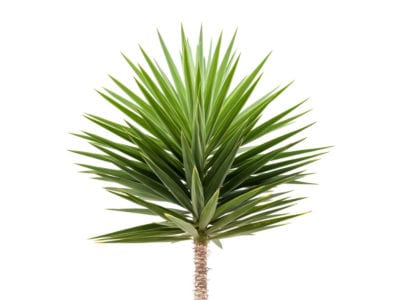 Yucca plants are a popular plant to grow as both an indoor houseplant and an outdoor garden plant. This is with good reason as yucca plants are hardy and tolerant of a wide variety of conditions. Yucca is a word that is used to describe a wide variety of species in the yucca family. While yucca owners may have different varieties of yucca, one thing will be consistent and that is how to best propagate the yucca.

While yuccas do produce seeds, they are normally propagated through the division of offshoots or “pups.” Yucca pups are the small but fully formed plants that grow at the base of your yucca plant. These pups can be removed in order to produce new, self contained plants.

If you do decide to remove the pups, the first thing you will need to do is wait until the pup is mature enough to survive without the parent. This is very simple to determine. If the pup is pale and whitish, it is still too young to remove from the parent. If the pup is green though, it has the chlorophyll manufacturing capacity needed to live on its own.

The timing of when you will be repotting your yucca pups is important as well. Yucca pups should be repotted in the fall. Repotting the pups in the fall will do the least amount of damage to the parent plant, which will be in a slow growth period in the fall.

To remove the pup from the yucca, remove as much of the dirt from around the base of the pup you wish to transplant. Then take a sharp knife or spade and cut down between the parent plant and the pup. Make sure to take a chunk of the parent plant’s root (which is what the pup will be attached to). This root piece from the parent plant will form the new root system for the pup.

Take the separated pup and replant it where you would like it to grow or place in a pot to use as a houseplant or to give to friends. Water thoroughly and fertilize lightly.

Then you are done. Your yucca offshoot pup should have no trouble establishing itself in its new home and growing into a new and beautiful yucca plant.

Printer Friendly Version
Read more about Yucca
Next>
Did you find this helpful? Share it with your friends!
FacebookTweetPinEmail
Related Articles
Newest Articles
You might also like…
Additional Help & Information